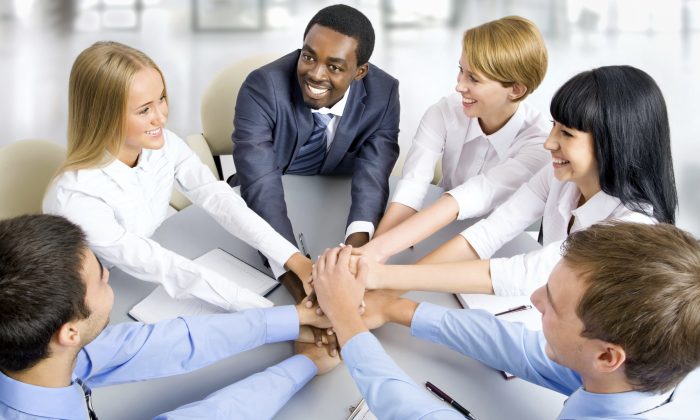 Organisations tend to reward individual performance such as sales or production but this can be counterproductive because it tends to produce very competitive groups. An alternative is to reward group performance but this carries the risk of free riders, shirkers or loafers, who ride on the coattails of others.

But in recent research published in the Journal of Business Research, we found group rewards can produce more cooperative, better performing groups and also better performing individuals than individual-based reward systems. We also established that poor performers may not be free riders or shirkers but may be essential to the effective functioning of the group. We call them self-sacrificers and believe their role is underappreciated and misunderstood.

Our research was inspired by theories of group versus individual selection in biology and especially experiments to breed better egg-laying hens. The norm in the industry has been to do this by breeding from the best egg-layers, which increased egg production but also produced cages of aggressive “mean bad birds” with short life spans, raising serious animal welfare concerns. William Muir tried another approach by breeding from all the hens in the best laying cages, not just the best layers. This quickly produced “kind friendly chickens” who got on well, had normal life spans and better quality eggs.

We applied these ideas to work groups by building computer models that allowed us to consider all types of group situations. We modelled group interactions as games like the iterated prisoners’ dilemma (IPD).

The prisoner’s dilemma is based on the situation of two prisoners who can cooperate by not dobbing on each other. If neither dobs they get the same sentence, if only one dobs they get a lighter sentence and the “sucker” gets a worse sentence. If both dob they do better than a “sucker” but not as well as if both keep quiet. In a one-time game it is best to dob to avoid the suckers payoff (Nash equilibrium) but if the game is played a number of times (iterated) the best strategy is not so obvious. Robert Axelrod showed, in a series of computer tournaments using the iterated prisoner’s dilemma, a simple cooperative strategy won. The strategy was tit-for-tat, involving cooperating and then doing whatever the other did the last time. It was cooperative, provokable, forgiving and easy to spot.

Are Teams as Smart When They Work Online?

We found that for most types of games group rewards do best. These produce cooperative, high performing groups but also, counterintuitively, the best performing individuals. It depends on the alignment of rewards. If “what’s good for GM is good for America” then individual rewards work best. But most groups don’t work like that, people depend on each other and can help or hinder.

Group rewards generate the top-performing individuals because of a supportive group ecology, a mix of strategies that supports and sustains them. Individual rewards produce non cooperative groups of individuals bent on exploiting each other – like the mean bad birds or “jerks at work”. No strategy, like tit-for-tat dominates, and different mixes of strategies can emerge to support high performing groups.

Not only did the best individuals emerge under group rewards but also the worst performers. They are not shirkers but self-sacrificers, whose value isn’t captured by individual performance measures. They play an important role in boosting the performance of others. You have probably run across such people in your own work groups, the nice guy who helps everyone else but whose own work may suffer. If they get sacked the group falls apart. These people don’t seem to have attracted much research attention in real groups, but they should.