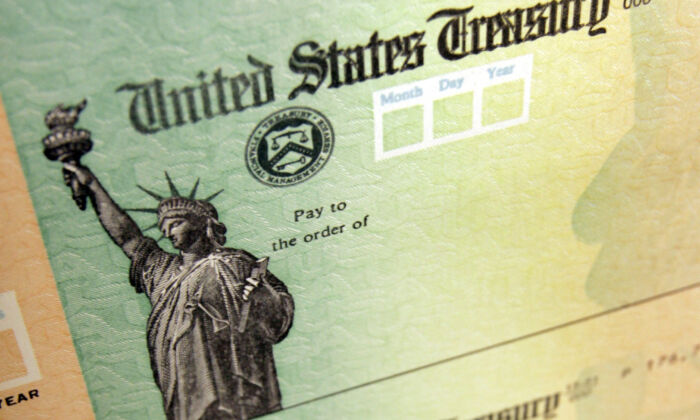 Blank checks are seen on an idle press at the Philadelphia Regional Financial Center in Philadelphia, Pa., on May 8, 2009. (Matt Rourke/AP Photo)
US News

Bonus Checks Bounce for 50 Florida Teachers Due to Error

Disaster relief payments issued to about 50 of the 176,000 educators who received checks were affected by the JPMorgan Chase error, according to a statement from the Florida Department of Education. Officials said they’re working to fix the problem.

“We apologize for any inconvenience this has caused and are working to correct it, including refunding any fees incurred by the recipients as a result,” JPMorgan Chase spokesperson Allison Tobin Reed said in an email.

State Sen. Jason Pizzo, D-Miami, brought attention to the error Friday morning when he tweeted a photo of a teacher’s return item notice that was received after trying to deposit the check.

Funded by federal COVID-19 relief money, the bonus payments to teachers, principals and first responders received bipartisan support in the Florida Legislature this past spring. But some criticized Republican Gov. Ron DeSantis for hiring a private company to print and mail the checks, along with a letter signed by the governor, instead of sending money to local school districts to distribute.

Pizzo tweeted later Friday, “Teaching moment: The individual political benefit in spending $3.6 million to print and send thousands of checks with your name on it, is outweighed by the more efficient and fiscally responsible option of direct deposit.”

State officials have said the $3.6 million is well below the 10 percent normally used for administrative costs for federal funding.