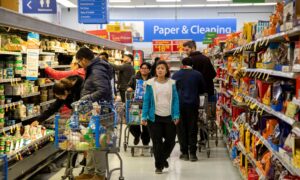 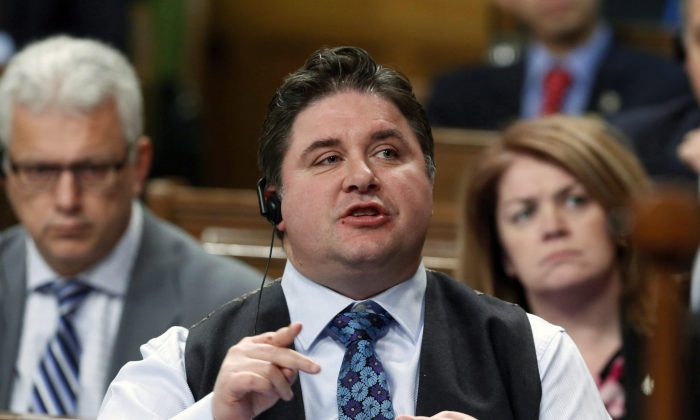 Veterans Affairs Minister Kent Hehr during question period in the House of Commons on Feb. 9, 2017. (The Canadian Press/Fred Chartrand)
Canada

WINNIPEG—A lost First World War soldier whose remains were discovered nearly six years ago outside a French village has been identified as a young private from Manitoba.

Pte. Reginald Joseph Winfield Johnston of Fairford, Man., was identified through a review of historical facts, forensic evidence and DNA testing. His remains were found alongside First World War artifacts in August 2011 during a munitions clearing process ahead of construction near Vendin-le-Vieil, France.

The Department of National Defence says Johnston was a homesteader who enlisted in Winnipeg at age 20 in January 1916. He was a member of the 16th Battalion, Canadian Expeditionary Force, a unit perpetuated by the Canadian Scottish Regiment (Princess Mary’s) of Victoria, B.C.

“Pte. Johnston was only 22 when he gave his life in service to Canada,” Veterans Affairs Minister Kent Hehr said in a statement.

“All that he might have become was cut short so that we might live in peace and freedom. We will lay him to rest with the honour which he and his family deserve in return for their sacrifice.”

The DND said Johnston’s family has been notified, and Veterans Affairs Canada is helping make final arrangements. He will be buried at Loos British Cemetery outside Loos-en-Gohelle, France, later this year by members of his former regiment.

The Battle of Hill 70 was the first major action fought by the Canadian Corps under a Canadian commander in the First World War. The strategic high point of Hill 70 remained in Allied hands until the end of the war. Approximately 2,100 Canadians gave their lives in the battle. More than 1,300 have no known grave.

“As we prepare to mark the 100th anniversary of the Battle of Hill 70, we pay tribute to Pte. Johnston as one of over 2,000 brave Canadians who gave their lives in that 10-day engagement to wear down the enemy and change the direction of the war,” said Defence Minister Harjit Sajjan. “Their courage will not be forgotten.”