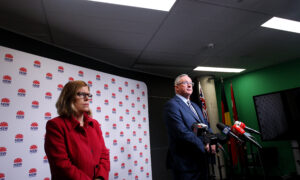 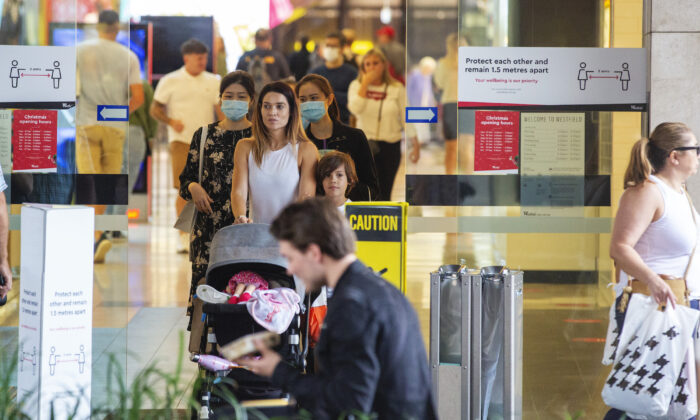 New South Wales (NSW) Health authorities have reported that one new, locally transmitted case of the CCP virus has been recorded in Sydney’s east, with the source of the infection unknown.

The case is believed to be a man in his 60’s who worked as a driver, including transporting international flight crew.

He was tested on Tuesday and returned a positive result on Wednesday, with NSW Health rushing to undertake contact tracing to find the source of his infection.

“Urgent investigations into the source of the infection and contact tracing are underway, as is genome sequencing,” NSW Health stated in a public health alert.

The screening of the film “Hitman’s Wife’s Bodyguard” at Cinema 1 at Events Cinema at Bondi Junction on Sunday between 1.30 p.m. and 4 p.m. has been identified as a close contact venue.

Anyone who attended that screening must immediately contact NSW Health and get tested and isolate for 14 days.

Other venues of concern in Bondi Junction, Vaucluse, and North Ryde include cafes, a Myer store, and a bakery. The list of venues can be found on the NSW Health website.

The Australian Health Protection Principal Committee will convene on Wednesday afternoon to discuss the Bondi case.

It’s unclear how and where transmission occurred from a couple to another returned traveller who were all staying on the fourth floor of Sydney’s Radisson Blu quarantine hotel.

Genomic sequencing has shown all three cases have identical viral sequences of the Alpha strain (B.1.1.7), NSW Health said. The Alpha strain was formerly known as the UK variant.

“At this stage, we still don’t know if it happened on the plane, transporting from the plane to the accommodation, at the accommodation or whether it was just a coincidence,” Premier Gladys Berejiklian told reporters on Wednesday.

The couple, who were asymptomatic, tested positive to COVID-19 on a routine day two test on June 3, NSW Health said in a statement.

The other returned traveller returned a negative day two test on June 3 before subsequently developing symptoms and testing positive for COVID-19 following a test on June 5.

The three cases were transferred from the Radisson Blu to the Special Health Accommodation, where they remain.

All three arrived in Sydney on the same flight from Doha on June 1 and stayed in adjacent rooms in the quarantine hotel.

NSW Health said there was no evidence of further transmission.

All guests and staff who were on the fourth floor of the hotel between June 1 and June 5 have been asked to get tested and isolate pending further advice.

Meanwhile, NSW Health says it administered a record 17,223 COVID-19 vaccines in the 24 hours to 8 pm on Tuesday, including 6048 at the vaccination centre at Sydney Olympic Park.