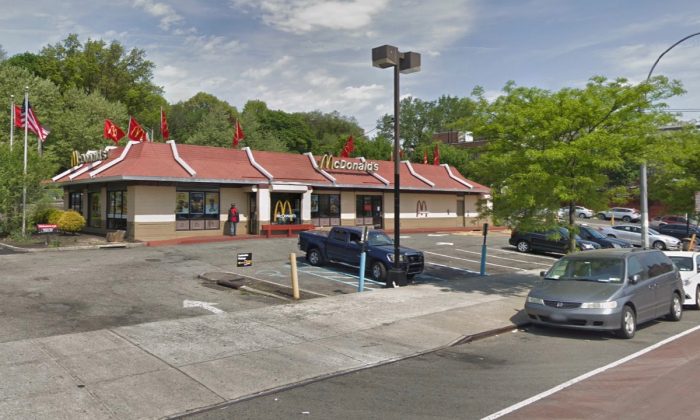 The Webster Avenue McDonald's where Sylvester Zottola was killed, in the Bronx, NY. (Screenshot via Google Maps)
Crime and Incidents

A mobster was shot to death in the Bronx, while waiting for a coffee at a McDonald’s drive-thru.

It was the latest of attempts to either rough up or kill Sylvester Zottola, a mobster with links to the Bonanno crime family, the New York Post reported.

In September 2017, Zottola was clubbed over the head near his Bronx home. Two months after that, a gunman tried unsuccessfully to force him into a car. In December, three burglars ransacked his home, and one stabbed him in the neck.

In another attack apparently aimed at Zottola, his 41-year-old son was shot multiple times outside of his Bronx home in July, but he survived. Surveillance video captured the attack.

The fatal shooting of the elder Zottola took place at a Webster Avenue McDonald’s. A local said things like this are common in the area.

Sylvester Zottola owned DAZ Amusements, which rents jukeboxes and poker machines to businesses. He was known for putting on a yearly 4th of July block party. Sylvester and son Salvatore built a waterfront property in the Bronx, which is where Salvatore was shot this past summer, the Bronx Times reported.

Sylvester Zottola was in legal trouble before his death. He was facing three felonies and one misdemeanor, after he fired a gun when he says a man approached him with a gun near his residence. Zottola was due to return to court on Oct. 9, according to Heavy.

Zottola’s link to the Bonanno crime family was through Vincent J. Basciano, a former leader. Basciano led the family briefly before getting sentenced to life in prison for murder and racketeering, according to The New York Times. Zottola’s company serviced the crime family’s poker machines. The company has since gone out of business.

The Bonanno crime family is one of the five mafia crime families that operate in the New York City area.

In January, 10 crime family members were arrested. They include the acting boss of the Bonanno crime family and eight of its members. Charges included conspiracy to commit murder, extortion, loansharking, wire and mail fraud, and narcotics distribution.

In a separate indictment, a former New York City police officer was accused of smuggling guns to the Bonanno family, WABC reported.

“You threatened to have people beaten with bats, you had them beaten with pipes, it’s like in the movies. But this isn’t a movie,” said Chief Judge Dora Irizarry, during sentencing.

Irizarry was angered when Giallanzo’s attorney suggested the victims knew what they were taking part in.

“As they say, ‘you sleep with dogs, you get fleas.’ But that doesn’t excuse the offense,” said Irizarry, via the Post.