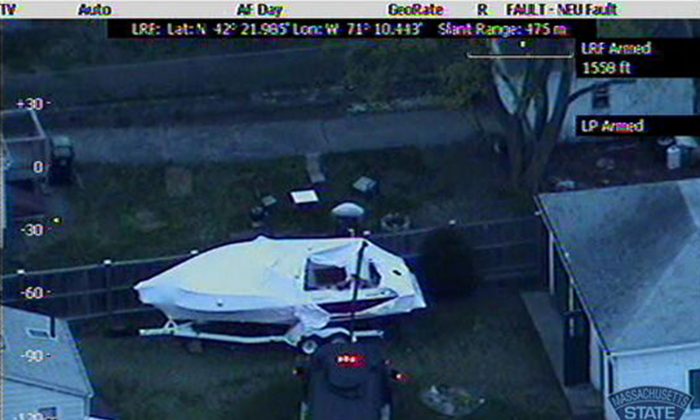 Bombing Suspect Awake: Tsarneav May be Answering Questions in Writing

Bombing Suspect Awake: One of the suspects of the Boston Marathon bombings is in good enough condition to answer questions being asked by law enforcement officials, according to reports.

Dzhokhar Tsarneav, one of the suspects behind the Boston Marathon bombings, is awake and responding to some questions in writing.

Two television stations report that Tsarneav, who is in the intensive care unit at Beth Israel Deaconess Medical Center, is “responding sporadically” to questions.

The questions about the unexploded bombs come after Boston Police Commissioner Ed Davis said that authorities found an arsenal of homemade explosives after detaining Tsarnaev and his older brother several days ago.

The brother, Tamerlan, 26, was fatally wounded in the gun battle that took place. The brothers were likely planning another attack, said Davis, citing the large quantity of weapons, ammunition, and bombs at the crime scene.

The younger Tsarnaev, who is 19, is being treated for a gunshot that went through his mouth and exited the back of his neck, according to Davis, who was interviewed on CBS’ “60 Minutes.” There were reports on Sunday that Tsarnaev may have attempted to commit suicide on Friday night before he was apprehended.

Earlier reports relying on law enforcement sources said Tsarneav was sedated and wasn’t in any condition to answer questions.

Prosecutors are looking to draft up a complaint against Tsarneav, including the use of a weapon of mass destruction to kill people, which carries the death penalty. In the bombing, three people were killed and 170 people were wounded.

Elaborating on the cache of weapons and bombs the two brothers had, Davis told CBS:  “There have been published reports that the top of the pressure cooker was discovered, and my officers reported to me that there was an extremely loud explosion followed by smaller ones as they engaged in the gun battle with the suspect so they had IEDs, they had homemade hand grenades that they were throwing at the officers.”

Boston Mayor Thomas Menino said on ABC News that he hopes federal authorities “throw the book” at Tsarneav, adding that the death penalty is warranted.

“These two individuals held this city hostage for five whole days,” he said.  “They should not do that–that’s what these terrorist events want to do, hold the city hostage and stop the economy of the city.”