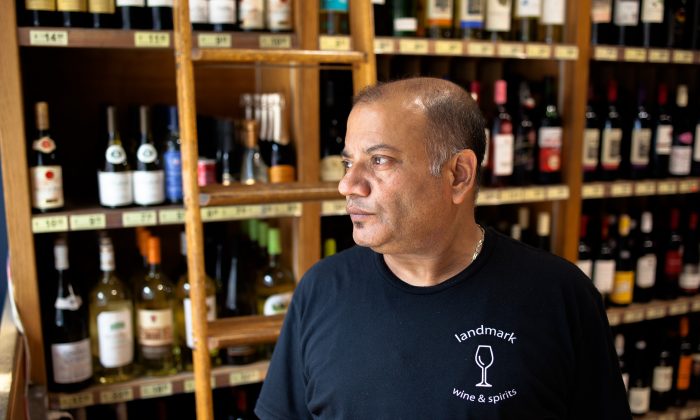 NEW YORK—Life is almost back to normal in Chelsea after the first terrorist bombing in New York City since the failed 2010 Times Square attack.

Several broken windows and a small area cordoned off by police remain the only physical mementos of the Saturday, Sept. 17, attack that left about 31 injured on 23rd Street in Manhattan.

Businesses opened again after police reopened the last section of the street between Sixth and Seventh avenues on Sept. 20.

Yet, here and there, signs of deeper unease are apparent.

Orangetheory Fitness, right across the street from where the improvised bomb exploded, had some patrons calling and saying they won’t be coming in, at least for now. They just don’t want to deal with the situation, an employee said.

“People are nervous,” said chef Rosalio Manuel from nearby Monster Sushi. Business was still a bit slower than usual, he said on Sept. 20.

The well-established Malibu Diner across the street recovered customer traffic quickly and was almost back to normal by Tuesday, manager Roberto Huerta said.

But Landmark Wine and Spirits next door was empty and assistant manager Binod Bhattarai said business has been very slow since the attack.

He was in the store on Saturday night when the bomb went off. “I thought it was a big truck crashing,” he said.

He and two other staff members went out and smelled burning rubber in the air. They called the owner of the store, who told them to close up if they didn’t feel safe. They decided to close, then the police came by and told them to close and leave anyway.

Boris Katayev, owner of a barber shop on 23rd near Sixth Avenue, has had much less hair to cut since the explosion. His neighborhood regulars are nowhere to be seen and business has been “completely dead,” he said. “Everybody is still in shock.”

Roland Nedd, 29, who sells books on the street around the corner on Sixth Avenue, was packing up when the bomb exploded. He left as quickly as he could. The terrorist attack won’t make him change anything about his life, he said. “Certain things you can’t change.”

Tim Mertel, 56, an antiques dealer who lives two streets from the explosion site, seems to be taking it in stride. “I was surprised, but not shocked,” he said, describing his reaction when a friend from the West Coast called him on Saturday night to see if he was all right.

The call was how he learned about the attack. He was in his apartment on 25th Street when the explosion occurred, but, like many others, he thought it was thunder. “I didn’t give it another thought,” he said.

The attack, however, made him adjust his life somewhat. He usually avoids garbage on the street and now doubles down on the habit. “Especially dumpsters. I avoid those,” he said. “You can hide anything in there.”

The alleged bomber, Ahmad Khan Rahami, was apprehended on Sept. 19 after a shootout with police in New Jersey.