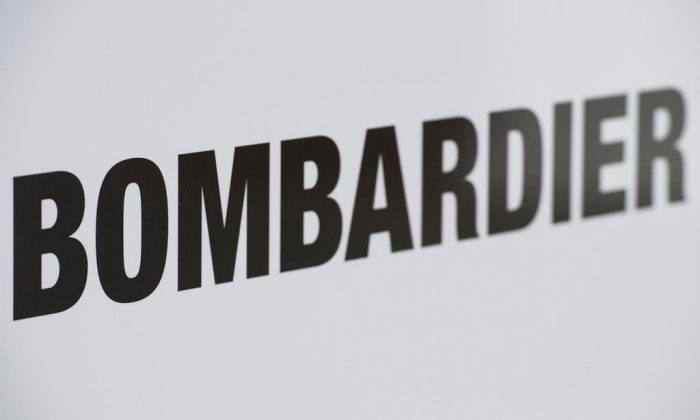 A Bombardier logo is shown at a Bombardier assembly plant in Mirabel, QB. on October 26, 2018. (Graham Hughes/The Canadian Press)
Canada

Bombardier to Lay Off Half the 1,100 Workers at Thunder Bay, ON. Railway Plant

Bombardier Inc. is laying off half of the 1,100 workers at its Thunder Bay, ON., railway car plant, according to a federal government source.

Two major contracts in Ontario—for the Toronto Transit Commission streetcars and Metrolinx GO Transit rail cars—are slated to halt by the end of the year.

Local union president Dominic Pasqualino said he fears more job losses are on the horizon beyond the initial 550 as the contracts wind down.

“This business is cyclical. Things go up, things go down. But the thing is, it doesn’t look like things are going to go back up,” he said in an interview.

“Now you’re looking at these people moving from Thunder Bay or working in the logging industry or the mining industry. It’s very disruptive.”

“Our government has spoken to executives at Bombardier to express our disappointment that their company has taken this step. We urge the company to work with the provincial government to come to an agreement that would see jobs remain at the Thunder Bay plant,” Mulroney said in a statement.

Pasqualino laid part of the blame for a lack of new contracts on the province, however, saying that “our customer is the government, it’s not individuals.”

“We’re going to have an empty plant in 2020,” he said Tuesday. “We want to keep the wheels turning. But it’s getting close.”

The regional transit agency has also given Bombardier the option to slow down production of the 63 remaining rail cars slated for completion by year’s end.

“It should never have come to this,” she said in the statement. “The alarm has been sounding for a while on the need to tender contracts for the rolling stock Ontario needs.”

The transportation giant has been downsizing its aerospace and railway operation for several years as it attempts to improve profitability.

It is exiting the commercial aircraft business after selling its turboprop and regional jet operations. Bombardier has also sold a majority stake in its C Series aircraft program to Airbus, which renamed it the A220. Employment at its Quebec railway manufacturing plant in La Pocatiere has also been threatened by a lack of new contracts.

The company shored up its finances in 2015 by selling a 30-percent stake in Bombardier Transportation to the Caisse de depot for US$1.5 billion.

Despite the ownership, the Quebec pension fund manager awarded a contract for its $6.3-billion electric train project to a consortium involving Alstom Transport Canada and a subsidiary of SNC-Lavalin instead of Bombardier. No local content requirement was set by CDPQ Infra, the subsidiary of the Caisse leading the project.