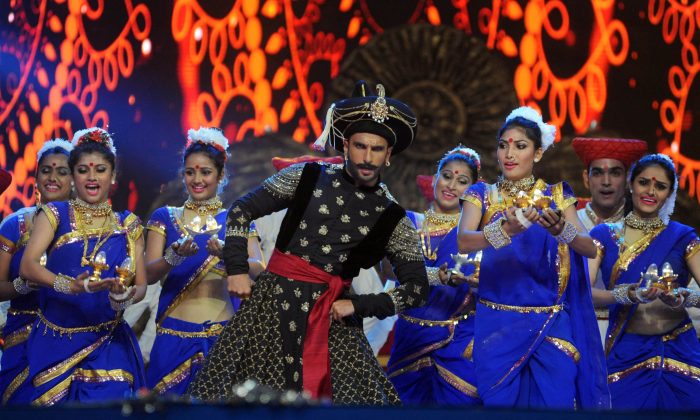 If you’ve never had a soft spot for Bollywood music, you may develop one now.

The flamboyant Indian genre has been weaponized by the British special forces to wage psychological warfare against the Islamic State of Iraq and Syria (ISIS) in Libya.

The idea came from a Pakistani-born army intelligence officer with the British Army, according to Mirror.

The officer explained Bollywood music would be considered “apostasy,” or un-Islamic, by ISIS and would therefore be particularly disconcerting to its troops.

On one occasion, the Joint Special Operations Command intercepted the insurgent’s communications “and blasted them with Bollywood chart music,” Mirror reported.

On another occasion, two cars were left near checkpoints on the edge of the ISIS-controlled city of Sirte. At dawn, two huge, remotely-controlled speakers in the cars blasted Bollywood music.

Bollywood Dancer’s Heart Captured by the Power of Compassion

Not only might the music annoy ISIS, it can also serve to encourage dissent in the ISIS-controlled area where anything deemed western or frivolous is banned, as it shows defiance to its regime.

Moreover, it helps the Libyan troops gauge ISIS numbers, reaction time, and weak points, as they measure how long it takes ISIS to come shut the music down.

“We needed to unnerve militants and at the same time use some sort of passive measure to gauge their force strength in the area we are working and it went well,” a source told Mirror.

British special forces are in the area as non-combatants, only to train local troops. They can fight in defense.

Sirte, a coastal city about 400 miles from Italian shores, is the main ISIS bastion in Libya and the birthplace of former Libyan leader Mohammed Gadhafi.

A top Libyan commander loyal to the U.N.-brokered government says his forces have pushed into the city and are now fighting terrorists on the streets of Sirte.

Col. Mohammed al-Ghasri said the advance came under the cover of heavy airstrikes. He spoke to reporters late on June 2.

Libyan forces, mainly militias from the western city of Misrata, have been advancing on for the past 25 days.

Al-Ghasri says the plan is to impose a siege on the city to prevent ISIS terrorists from fleeing. He added that Sirte is a warzone and warned civilians to stay away from the troops or they would be considered a target.