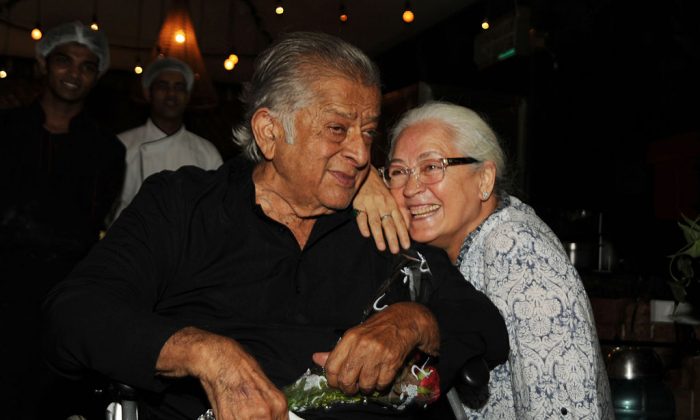 Veteran Bollywood actor Shashi Kapoor has died aged 79. He died in Mumbai on Monday, Dec. 4 after years of kidney problems, his nephew confirmed.

Kapoor was a member of the Kapoor dynasty, which has been hugely influential in the Bollywood industry. He also acted in over 150 movies including hits like “Deewar” and “Kabhie Kabhie”, and featured in American and British movies.

He died in hospital in Mumbai in west India.

“Yes he has passed away. He had kidney problem since several years. He was on dialysis for several years,” his nephew, actor Randhir Kapoor, told Press Trust of India.

A funeral was held on Tuesday morning in Mumbai and was attended by Bollywood celebrities like Amitabh Bachchan, Shah Rukh Khan, Sanjay Dutt, and Anil Kapoor, reported Hindustan Times.

Indian Prime Minister Narendra Modi led the tributes, saying on Twitter, “His brilliant acting will be remembered for generations to come. Saddened by his demise.”

Bollywood actress Sonam Kapoor (no relation of Shashi) wrote on Instagram: “There’s never has been nor will there ever be anyone like Shashi Kapoor. He was a man of his own and transformed what it meant to be an actor. We miss you and love you always.”

Kapoor was married to the late British actress Jennifer Kendal, with whom he starred in English-language Merchant Ivory productions like “Bombay Talkie” and “Heat and Dust”. His sister-in-law is British actress Felicity Kendal.

Kapoor had a huge following among women and was known for his charming smile, often described as the “handsomest star ever”, according to the BBC.

Following the death of his wife Jennifer from cancer in 1984, Kapoor cut back his acting.

He is survived by sons Kunal and Karan and daughter Sanjana.