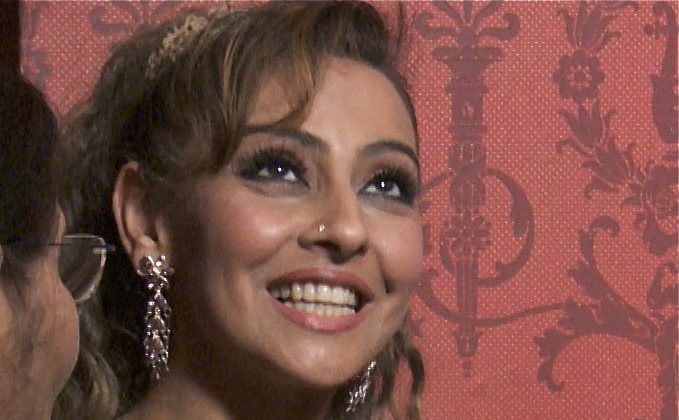 Bollywood Ambassador: ‘I am so glad I came to see Shen Yun’

LONDON—”[Shen Yun] brought to us the 5,000 years of Chinese civilization in this particular show,” Ms. Honey Kalaria said thankfully after seeing the first performance of Shen Yun Performing Arts International Company at The London Coliseum on April 12.

“It was absolutely amazing, I think it was magical, it was very colourful, very vibrant, very energetic, I loved the gracefulness,” she said.

Each show includes story-based dances as well as colourful ethnic and folk dances where dancers move in perfectly synchronised patterns.

As the Bollywood Ambassador to the UK, promoting Bollywood arts and entertainment, Ms. Kalaria was impressed with the skill of the performers. “The patterns, the choreography, the gracefulness, the power that the dancers brought on stage as well brought the whole show to life. Being a choreographer and dancer myself, I found that the actual stage work is brilliant.”

“The way the patterns [of the dancers] are, the gracefulness, the power; it’s energy yet gracefulness. And the way the culture has been brought through, it does it justice. It’s done an amazing job,” she said.

From her own experience, Ms. Kalaria understood the work involved in creating and performing a show like Shen Yun. “There must have been a lot of work that went behind this,” she said.

“And to add to the whole stage performance, there was also the visual images, the multimedia aspect of the show, I think that also added a different dimension to the show,” she added, referring to Shen Yun’s animated backdrops that transport audiences to different settings and landscapes, and even to heavenly realms.

Ms. Kalaria was delighted by Shen Yun Performing Arts’ handmade costumes, designed with inspiration from the many dynasties and ethnic groups of China. “The costumes were absolutely beautiful, beautiful!” she said.

Through working together with many Indian fashion designers to create costumes for films and stage shows, she could appreciate the skill of Shen Yun’s costume designers: “The way the colour coordinations were used, the way the stylisation was, the way they utilised different costume designs for different dance performances to enhance the actual choreography … there’s a lot of thought that has been put behind this, you can tell that, right from the choreography right through to the dancers.”

As part of her work is promoting better understandings between cultures, Ms. Kalaria was also impressed with the multicultural mix in the audience. “What I see here today is an amazing initiative where Chinese culture has been brought to the UK in such a magnificent way to connect, and I saw in the audience there were people of all different cultures there,” she said.

She, herself, learnt more about Chinese culture through watching Shen Yun and described the performance as “educational, entertaining, informative and at the same time very enjoyable”.

In concluding, she said, “Every aspect has been looked into, bringing together a fantastic show. It was very extraordinary and I am so glad I came to see the show! They have been absolutely brilliant!”