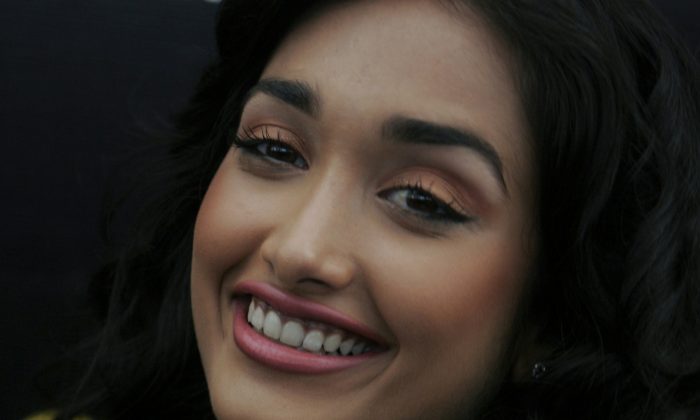 FILE- In this Dec. 19, 2008 file photo, Bollywood actress Jia Khan smiles during a promotional event of her forthcoming Hindi movie 'Ghajini' in Bangalore, India. Police said that Khan was found dead at her home in Mumbai late Monday, June 3, 2013. Khan began her career in Mumbai's film industry in the 2007 Hindi film "Nishabd" in which she portrayed a teenager in love with her best friend's father, played by Bollywood superstar Amitabh Bachchan. (AP Photo/Aijaz Rahi, file)
Entertainment

Bollywood actress Jiah Khan was found dead in her home in Mumbai. The 25-year-old rising star was reported to have been found hanging in her residence in the affluent Juhu neighborhood.

Khan made her debut alongside Indian film legend Amitabh Bachchan in the controversial 2007 film Nishabd. Her latest appearance was in 2010, in the Bollywood film Housefull.

The Times of India reported that police were treating the death as suicide. “Jiah’s mother and sister found her hanging when they returned at around 11 p.m.,” the newspaper quoted an unnamed police official as saying.

Khan was raised in England, and recently moved to India with her mother to pursue a career in the country’s booming film industry, known as Bollywood.

“She had been depressed for some time due to personal issues, but was keen on returning to acting soon,” the Times of India quoted a friend as saying.

The death, sent shockwaves through the Indian film community in the early hours of Tuesday morning.

Indian actor Amitabh Bachchan, wrote on Twitter: “-WHAT …!!! Jiah Khan ??? what has happened ? is this correct ? unbelievable !!!”