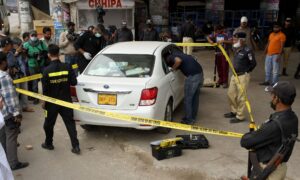 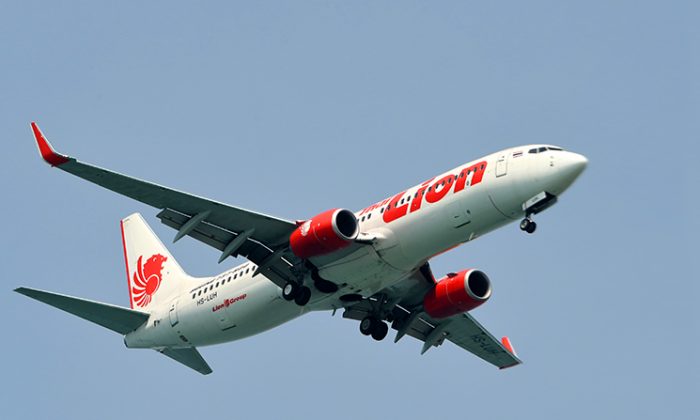 A Boeing Co. warning to 737 Max operators around the globe provides the first clues about how bad data from an airflow sensor might have contributed to the deadly crash of an Indonesian airliner last week.

The bulletin combined with statements by Indonesian investigators to suggest that the pilots on the Lion Air 737 Max 8 were battling the plane as its computers commanded a steep dive during its final moments of flight.

The issue only occurs when a plane’s autopilot is switched off, Boeing said. The bulletin emphasized existing procedures for correcting the plane when it reacts to the erroneous data. Following the protocol should be routine for well-trained pilots, though may be more challenging in the heat of the moment when equipment is malfunctioning and alarms are sounding.

U.S. aviation regulators said they are drafting an order requiring that airlines follow Boeing’s instructions. The manufacturer cautioned that the so-called angle-of-attack sensor can provide false readings in limited circumstances that cause the 737 Max to pitch nose downward. Boeing didn’t recommend new inspections or other action for operators.

The sensor on the doomed plane had been replaced the day before, after it failed on a previous trip, the Indonesia National Transportation Safety Committee said in a briefing. The malfunction can cause the plane’s computers to erroneously detect a mid-flight stall in airflow, causing the aircraft to abruptly dive to regain the speed it needs to keep flying.

The U.S. Federal Aviation Administration on Nov. 7 said it “will take further appropriate actions depending on the results of the investigation.” The FAA also notified regulatory counterparts around the world, which typically follow the U.S. agency’s lead on safety matters.

The Boeing bulletin only reminds operators of the plane to emphasize procedures outlined in a checklist pilots are given to help navigate stabilizer issues. It’s still possible the FAA may order the Chicago-based planemaker to redesign the equipment or software as investigators piece together details of the Oct. 29 accident, which killed 189 people.

The new information about Lion Air Flight 610 raises multiple questions investigators will want to examine on the pilots’ actions, how flight crews were trained and whether the maintenance performed on the system was adequate, said Roger Cox, a former NTSB investigator.

“I would definitely be looking at the man-machine interface and how pilots respond,” said Cox, a former airline pilot who flew earlier versions of the 737 and specialized at the NTSB in cockpit actions.

One of the puzzling things about the accident is that the plane was flying in clear skies during daylight, so pilots should have been able to handle the issues they faced with airspeed and erroneous sensors, Cox said. However, in rare instances, accidents have been caused by what investigators call a “startle factor.”

“If you don’t take the appropriate action because you’re surprised, you can make a serious error,” he said.

The pilots union at Southwest Airlines Co., the biggest customer of the 737 Max, hasn’t received any reports from its members of problems with faulty sensor readings, said Jon Weaks, president of the Southwest Airlines Pilots Association.

United Technologies Corp. supplies the angle-of-attack sensors and indicator for the 737 Max, according to Airframers.net. The company didn’t response to requests for comment. Honeywell International Inc. provides the air data inertial reference unit.

The Lion Air jetliner plunged into the Java Sea minutes after takeoff from Jakarta airport, nosing downward so suddenly that it may have hit speeds of 600 miles an hour before slamming into the water.

Moments earlier, the pilots radioed a request to return to Jakarta to land, but never turned back toward the airport, according to Indonesia’s safety commission and flight-tracking data. The agency said the pilots were dealing with an erroneous airspeed indication.

Boeing said it is cooperating fully and providing technical assistance as the investigation continues.

While modern jetliners primarily operate on autopilot, the computerized system can disengage when airspeed indicators malfunction, forcing pilots to manually fly the aircraft. If there is an “uncommanded nose-down stabilizer trim” on the Max, pilots can counteract it by pushing a switch on their control yoke. But the plane’s computers will resume trying to dive as soon as they release the switch, the Boeing bulletin said.

Flight crews should follow a separate protocol to halt the plane’s potentially dangerous action, according to the bulletin. Pilots are supposed to memorize a procedure to disengage the angle-of-attack inputs to the plane’s computer system. Boeing has delivered 219 Max planes—the latest and most advanced 737 jets—since the models made their commercial debut last year with a Lion Air subsidiary.

The angle-of-attack sensor is intended to measure the angle between air flow and a reference line on the frame or wings so that they maintain lift. If the flow is disrupted by a plane going too slow or climbing too steeply, that can cause an aerodynamic stall and a plane will plummet. However, if the sensor malfunctions, it can cause the plane’s computers to erroneously think it is in a stall—which can then command the aircraft to abruptly dive.

Aircraft and engine manufacturers routinely send bulletins to air carriers noting safety measures and maintenance actions they should take, most of them relatively routine. But the urgency of a fatal accident can trigger a flurry of such notices.

After an engine on a Southwest Airlines plane fractured earlier this year over Pennsylvania, killing a passenger, CFM International Inc. issued multiple bulletins to operators of its CFM56-7B power plants. Aviation regulators such as the U.S. FAA and the European Aviation Safety Agency often follow such actions by mandating that carriers follow the bulletins.

Pilots raise and lower the nose of Boeing jetliners by pushing and pulling on a yoke in the cockpit, which controls panels at the tail known as elevators. In addition, a system known as pitch trim can be changed to prompt nose-up or nose-down movement.

The angle of attack readings are fed into a computer that in some cases will attempt to push down the nose using the pitch trim system. In the early days of the jet age, the pitch trim system was linked to several accidents. If pilots aren’t careful, they can cause severe nose-down trim settings that make it impossible to level a plane.

While rare, similar accidents have also occurred more recently. An issue arose in 2016 at Rostov-on-Don Airport in Russia when a FlyDubai 737-800 nosed over and slammed into the runway at a steep angle, according to an interim report by Russian investigators. That case didn’t involve the angle-of-attack system. One of the pilots had trimmed the plane to push the nose down while trying to climb after aborting a landing, the report said. All 62 people on board died.