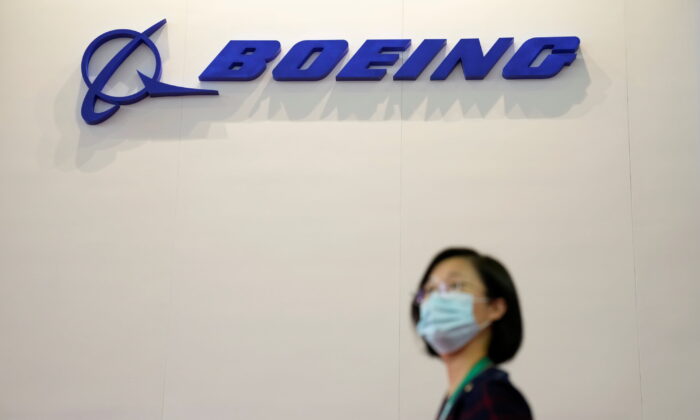 Shares of The Boeing Company fell by as much as 9 percent in pre-trading on Monday, after representatives from China Eastern Airlines confirmed that one Boeing aircraft had crashed in the mountains of southern China.

The crash, which occurred on Monday in China’s mountainous Guangxi region, occurred when the aircraft quickly descended from over 29,000 feet above sea level, falling at a final rate of 31,000 feet per minute. While the crew lost contact shortly before the incident, it is likely based on Flightradar24 logs that an unknown but sudden event befell the plane in the cruising phase, causing the aircraft to nosedive into the ground. It is considered rare for aircraft to crash from the cruising phase, with only 13 percent of fatal plane crashes occurring during this phase, according to a report by Boeing last year.

Chinese rescuers are still investigating the wreckage of the aircraft, but they have indicated no sign of survivors.

The plane involved, a six-year-old Boeing 737-800 NG, is a predecessor to the 737-Max. For The Boeing Company, the timing of the crash could be problematic: Boeing is currently seeking approval for the 737-Max from the Chinese communist regime, which the company sees as crucial to its future success.

Like most corporations in the aviation industry, Boeing saw its shares take a severe hit at the dawn of the CCP (Chinese Communist Party) virus pandemic, when it became clear that travel restrictions would result in reduced air travel throughout the pandemic. While the company’s shares have seen a rocky recovery from the lows of March 2020, the aircraft manufacturer has been unable to recover to its pre-pandemic market cap.

As the CCP virus subsides in importance and travel demand rebounds, Boeing has ramped up production, and the 737-Max is a key piece of the puzzle to the company’s future financial solvency. However, the large-scale adoption of the 737-Max has been slowed by numerous high-profile accidents involving the new model, which have prompted some to doubt its safety. Crashes involving this plane in Indonesia (2018) and Ethiopia (2019) prompted widespread criticism, causing 737-Max aircraft to be grounded worldwide. The Boeing Company made numerous alterations to the design of the 737-Max, and the plane was approved in most countries 20 months later.

China was not among the few countries to approve the reinstatement of this model at the time, and the country only reluctantly approved the use of the 737-Max in December 2021, on the condition that Chinese airlines must prove to regulators that they had made all of the changes prescribed by Boeing before the plane could be put into service.

Unlike the 737-Max, the NG line involved in the crash has a long history of use, with relatively few safety incidents, with only 0.07 fatal crashes per million flights as of 2019—making the NG line one of the Boeing company’s safest models.

The recent crash is a cause of consternation for some investors, who fear that safety concerns will prevent The Boeing Company from regaining much of the ground lost during the pandemic if similar issues persist with the 737-Max and its predecessors (other investors are skeptical that the incident involving the older model will have any bearing on the approval process of the 737-Max in China, an altogether different aircraft despite the similarities). While details out of Guangxi are still forthcoming, investors have reacted preemptively to the possibility that the crash will create regulatory hurdles for the company’s most important aircraft.