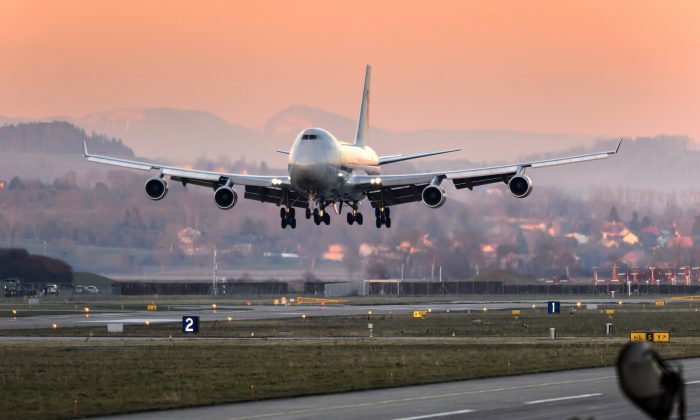 Last month, Boeing patented a nuclear fission-fusion jet propulsion engine. In the design, a laser heats a pellet of hydrogen isotopes—deuterium and tritium—and starts a fusion reaction, releasing hot gases in the process, which are then released out of a nozzle to create thrust.

The excess of free neutrons would bounce around in the engine, hitting a wall of fissionable material producing heat, which would be converted into electricity to power the lasers.

There’s only one problem with this design: It’s completely implausible, both technologically and from a safety perspective.

It’s ridiculous, it just strikes me as so implausible on so many levels.
— Paul Schatzkin, Fusor.net founder

“It’s ridiculous, it just strikes me as so implausible on so many levels,” said Paul Schatzkin, founder of Fusor.net, a hub for fusion energy enthusiasts. “Putting a fission reactor on top of a fusion reactor takes all the disadvantages of fission and negates all the advantages of fusion.”

A nuclear fusion reactor involves heating up positively charged nuclei to such high temperatures until they move fast enough to overcome the electron-induced repulsion and collide with each other, generating a tremendous amount of heat in the process.

From a theoretical perspective, nuclear fusion could be the best clean energy solution; all it requires is hydrogen plasma, which is found everywhere, to generate enormous quantities of energy, releasing only helium as a waste-product.

It has the potential to produce a tremendous amount of energy out of almost nothing. A gram of deuterium-mixed water could produce 18 megawatts of electricity, which could power the average U.S. home for a few months of the year.

The only problem? A fusion reaction requires energy to initiate it, and so far no one has been able to break even, getting more energy out of the reaction than what it takes to initiate and sustain it.

“The conundrum of fusion is, how do you bottle a star,” Schatzkin said. “A fusion reaction is the same process that drivers every star.”

Because the temperature needed for fusion to occur — 15 million degrees Celsius minimum, with many reactors brewing much hotter reactions — is so high, tall magnetic confinement chambers are needed to keep the plasma from melting everything around it. The International Thermonuclear Experimental Reactor will stand 100 feet tall once complete.

The Boeing patent doesn’t uses magnetic confinement, but inertial confinement, which at this point is probably even more impractical. At the Lawrence Livermore National Laboratory, where laser-based fusion experiments are conducted, hundreds of lasers, housed in a 10-story building the size of three-football fields, are fired simultaneously to start a fusion reaction.

Then there’s the question of thrust. Previous fusion rocket designs by NASA involve heating up metal into ions, which is then released to propel a vehicle, an impossible method for an airplane, which, unlike rockets in outer-space, can’t just deposit metal particles anywhere it wants. The Boeing patent doesn’t mention any metal ions, referring to the particles from the fusion reactor as enough for propulsion.

The most incredulous aspect of the Boeing patent is the inclusion of fission material, which could be incredibly dangerous, even in a stationary environment. If a fission-powered airplane were to crash in an urban area, the resulting disaster could easily dwarf the fallout from the Fukushima nuclear disaster.

Who in the right mind would put fissionable products into an airborne vessel that could crash?
— Paul Schatzkin, founder , Fusor.net

“Who in the right mind would put fissionable products into an airborne vessel that could crash?” Schatzkin said.

By itself, fusion energy could potentially be a good fit for air and space travel. A fusion reactor only uses a small portion of its fuel at any time, meaning it’s not vulnerable to the meltdowns experienced by malfunctioning fission power planets.

“If you have a fusion reactor, you’re injecting only a tiny amount of fuel in the chamber. If something did go haywire, you’re gonna burn the fuel that you have very quickly,” Schatzkin said. “The worst thing that could happen is that chamber will breach, you will lose the vacuum, and the reactor will immediately shut down.”