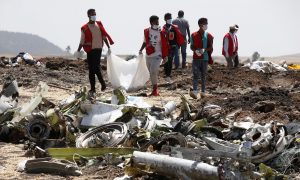 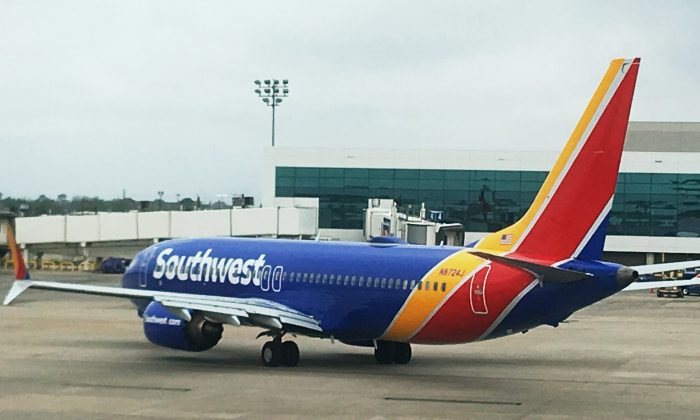 A Boeing 737 Max operated by Southwest Airlines was forced to make an emergency landing in Florida after reported engine trouble on March 26.

No passengers were on board Southwest Airlines Flight 8701, which was being ferried from Orlando International Airport to Victorville, California, for storage, CNN reported.

Southwest said two pilots on the plane noted “a performance issue with one of the engines shortly after takeoff,” CNN reported.

“The crew followed protocol and safely landed back at the airport,” the firm added.

The incident comes after 737 Max jets were grounded around the world after two fatal crashes involving the planes in March and in October 2018.

The March 26 grounding, however, had “absolutely no relation” to the flight-control issue blamed for the crashes, a Southwest spokeswoman told Bloomberg News. The “performance issue” unfolded shortly after the plane departed Orlando International Airport, according to the report.

The crew on the plane declared an emergency and landed without incident in Orlando, the Federal Aviation Administration (FAA) told Bloomberg. The plane was sent to a maintenance hangar after it landed.

Southwest is shifting its 34 Boeing Max jets to Victorville. The FAA only allows airlines to fly Max 737 planes that don’t have passengers on board.

“The grounding will remain in effect pending further investigation, including examination of information from the aircraft’s flight data recorders and cockpit voice recorders,” the FAA said, Fox News reported.

Hey, Joe. In accordance with a requirement from the Federal Aviation Administration (FAA) on March 13, 2019, Southwest has suspended the operation of our 737 MAX 8 aircraft. -Jeana

Southwest, in a tweet, confirmed that it has suspended operations of its Max 8 and Max 9 aircraft as required.

The cause of the fatal Ethiopian Airlines and Lion Air crashes of the 737 Max planes have not yet been determined. Investigators probing the Lion Air crash have looked into an automated system that uses data from two sensors on the plane to prevent an aerodynamic stall, reported The Associated Press.

US to Overhaul Air Safety

The FAA, meanwhile, is going to significantly change its oversight approach to air safety by July following the two fatal Boeing Co MAX 737 crashes, according to written congressional testimony seen by Reuters.

At a U.S. Senate panel hearing on Wednesday, the Federal Aviation Administration (FAA) acting head Dan Elwell will say the agency’s oversight approach must “evolve” after the deadly crashes, according to the testimony.

A Boeing 737 Max declared an emergency landing in Florida after experiencing an engine problem, the FAA says https://t.co/ULuBWcgwPs pic.twitter.com/8mISPLd1Ai

A spokesman for Ethiopia’s transport ministry, which is leading an investigation in Addis Ababa, told Reuters the preliminary crash report would very likely be released this week. The initial report will begin to paint a more detailed picture of what went wrong during flight ET 302’s six minutes in the air, likely with huge consequences for the plane’s manufacturer and the airline.

Boeing is expected as early as Wednesday to unveil more details of the software upgrade to the MAX’s Maneuvering Characteristics Augmentation System, known as MCAS. The company did not comment on Tuesday on the upgrade but said it would closely monitor the congressional hearing.