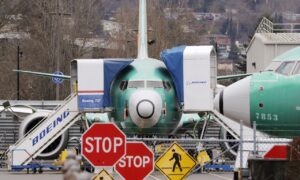 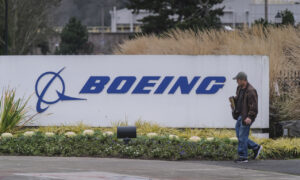 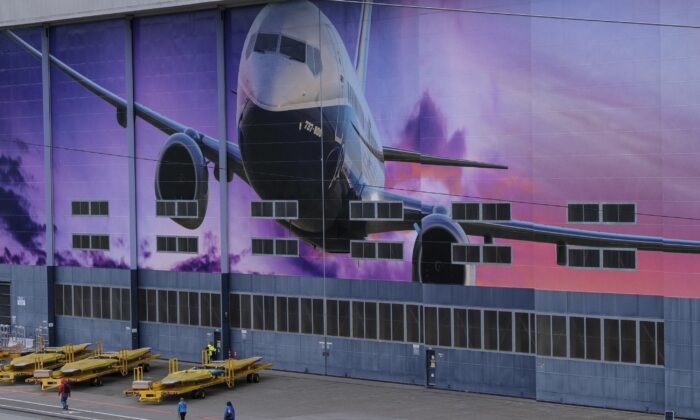 Boeing’s experiences—as its employees return to work en masse after a pandemic-driven shutdown—are likely to provide lessons to other U.S. industrial giants seeking to reboot their operations.

The plane-maker this past week started welcoming back employees at facilities in three states after earlier announcing plans to resume operations in a phased-in fashion.

“Following thorough reviews of local conditions, we’ve started restoring operations at some sites where work has been suspended,” Boeing President and CEO Dave Calhoun said in a letter to employees, announcing plans to resume production in locations that include Heath, Ohio, and the Puget Sound area of Washington state, where the company employs some 27,000 people.

As Boeing employees started returning to work in droves last week in the Puget Sound area, they found new safety protocols in place.

The company made arrangements for a broad range of enhanced safety measures, “including operating practices to enable physical distancing such as staggered shift times, spread-out work areas and visual controls, voluntary body temperature screenings, and, of course, constant visible reminders to wash hands and monitor our personal well-being,” Calhoun said.

Conrad Chun, vice president of communications for Boeing Commercial Airplanes, told Seattle Times on April 22 he’s heard from managers that “employees have been really upbeat and ready to get back to work in the factory.

“We are making really good progress, recognizing tens of thousands of people are returning to an environment with new requirements and processes since a month ago,” he said.

Boeing is seen by many as a test case for companies looking to reboot while the outbreak of the CCP (Chinese Communist Party) virus, the novel coronavirus that causes the disease COVID-19, continues to spread. According to a Johns Hopkins University tally, there were more than 950,730 confirmed infections in the United States as of April 26 and more than 54,000 deaths.

“While we have a long way to go, we’re taking the first small step toward recovery today,” Washington Gov. Jay Inslee said in a tweet on April 24, announcing that existing construction projects could restart if they adhere to new safety measures.

Some of the nation’s automakers, meanwhile, are in talks with the United Auto Workers union (UAW) about reopening factories, with union leaders expressing caution and indicating COVID-19 testing as a key factor.

While GM and Ford have yet to announce a planned date for reopening, Fiat Chrysler earlier this month said it hopes to resume operations on May 4.

UAW President Rory Gamble said in a statement on April 23 said that the union believes restarting operations in early May is “too soon and too risky.”

“At this point in time, the UAW does not believe the scientific data is conclusive that it is safe to have our members back in the workplace,” Gamble said. “We have not done enough testing to really understand the threat our members face.”

“That said, we are happy with the auto companies’ response and cooperation on working through the health and safety protocols we will need in the workplace when it is appropriate to restart,” he added.

Toyota Motor, Honda Motor, and Volkswagen are other major automakers that have said they plan to restart production in early May.

All the automakers have announced new safety measures, including changing procedures to allow for social distancing, enhanced sanitation protocols, mandating personal protective equipment, and, in some cases, temperature checks.

Testing is the area around which there is the least clarity.

Gerald Johnson, GM executive vice president of global manufacturing, told CNBC that while he expects COVID-19 tests to be available at plants, the company would only test symptomatic employees. Fiat Chrysler declined to comment to CNBC about whether it expects to have tests available. Ford, as of April 24, didn’t have plans to test at factories but was encouraging workers with symptoms or who believe they may be ill to contact a doctor.

Boeing Chief Financial Officer Greg Smith, in remarks to Reuters in March about plans to restart operations by May, said the process of coming back online would be  “a very slow, methodical, systematic approach to warming the line up, and getting crews back in place.”

Chun told Seattle Times that as of April 21, Boeing was tracking about 35 active COVID-19 cases among 70,000 employees in Washington state, with around 100 employees recovered and cleared to go back to work.

Still, at Boeing and elsewhere, the success of efforts to resume operations will depend not only on new safety protocols, but on the willingness of employees to observe them.

“A lot of this falls on personal responsibility,” a mechanic at Boeing’s parts-fabrication plant in Auburn told the Seattle Times, adding that she has observed co-workers flouting guidelines.

“If I hear any whisper of anyone (at work) testing positive for COVID-19, I’m shutting down and going home.”