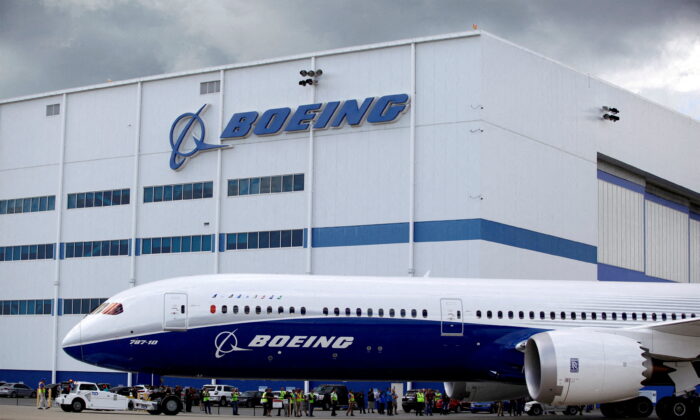 Wisk Aero, a U.S. electric air taxi developer, has secured $450 million in new funding from Boeing, according to a Jan. 24 press announcement.

The California-based Wisk is working on the development and certification of an electric vertical take-off and landing (eVTOL) aircraft for future pilotless flying taxis.

Wisk has invested much in software and technology that make its air taxis capable of autonomously flying themselves.

Boeing, which owns an undisclosed majority stake in Wisk, hopes that the developer will be the first autonomous passenger-carrying vehicle to be certified in the United States.

Wisk was formed as a joint venture in 2019 between Boeing and U.S. electric aircraft developer Kittyhawk, an air vehicle firm launched by Google co-founder Larry Page.

The aerospace partners formed Wisk for the purpose of developing and certifying an all-electric passenger air taxi.

The two firms intend to leapfrog a generation of eVTOL aircraft operated by pilots—which are already being developed with an estimated service date of 2024—but would begin service later than its competing rivals.

Boeing declined to give a date for what it terms the sixth-generation Wisk passenger vehicle, but it is expected to be presented for certification around 2028.

The new eVTOL technology has the potential of bringing flying cars to the mass market.

Small, electric air taxis are quieter than helicopters, and coupled with falling costs and improvements in flight control software, may open the market to widespread, short-haul air mobility.

“As we enter this next stage of our growth, this additional funding provides us with capital while allowing us to remain focused on our core business and our number one priority—safety,” said Wisk.

“We are incredibly fortunate to have Boeing as not only an investor but a strategic partner.”

“The funding will also support the company as it enters an intensive growth phase over the next year, its preparations for the launch of scale manufacturing, and the company’s go-to-market efforts,” according to Wisk.

Wisk has been developing a prototype called Cora that has a range of 22 nautical miles (40km) and a speed of about 87 nautical miles/h (161km/h).

The company has so far completed more than 1,500 test flights of its full-scale aircraft.

Wisk says the advanced state of its autonomous flight technology gives it a lead on its piloted competitors.

Within five years of certification, Wisk says it intends to have “one of the industry’s largest” air taxi fleets with operations of 14 million annual flights in 20 cities.

Boeing has placed major hopes on Wisk and the future of intra-city electric air taxi transportation.

Boeing’s investment in the company could yield improvements that could be applied across its portfolio, including bringing autonomous technology to its own large commercial aircraft designs.

“Our view is that is the big strategic advantage of Wisk, going straight to a self-flying aircraft, building those principles in at every level of the design and development,” said Marc Allen, Boeing’s chief strategy officer, to Reuters.

“We are reconfirming our belief in Wisk’s business and the importance of their work,” said Allen.

Allen said that there could be other partnerships within Boeing’s core aerospace activities in the near future.