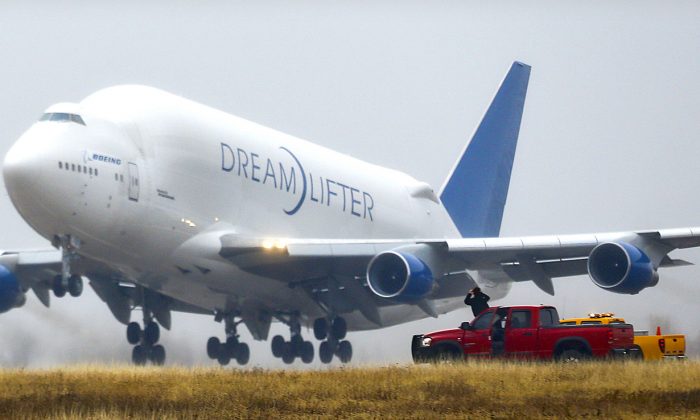 A massive cargo plane mistakenly landed at a much smaller airport in Wichita, Kansas on Wednesday night. It was unclear if the fully-loaded aircraft would be able to take off again, but a relief aircrew successfully piloted the plane to its proper destination on Thursday afternoon, reported KAKE-TV in Kansas.

The Boeing 747 Dreamlifter landed at Col. James Jabara airport around 9:20 p.m. Wednesday, local time, about 10 miles north of its intended destination at the McConnel Air Force Base.

Pilots were unaware of their mistake until after landing. The plane had taken off from New York’s John F. Kennedy International Airport.

The airport was closed just after the incident. Boeing sent a tug to Jabara airport to turn the massive Dreamlifter around in order for it take flight. The plane was successfully turned around before 7 a.m. Thursday morning.

A relief crew from New York was sent to Wichita last night to rectify the situation and fly the plane a few minutes away to its original destination. The City of Wichita reports that nobody was injured. The cargo on the plane was not damaged in the incident, and remained loaded for the rescue flight.

The National Transportation Safety Board is still gathering information on the incident, it said at a press conference, according to KWCH TV.

Boeing contracts with Atlas Air to fly the plane, and they are working to determine what went wrong.