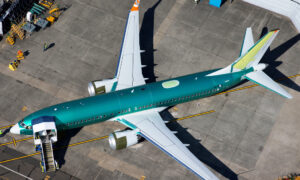 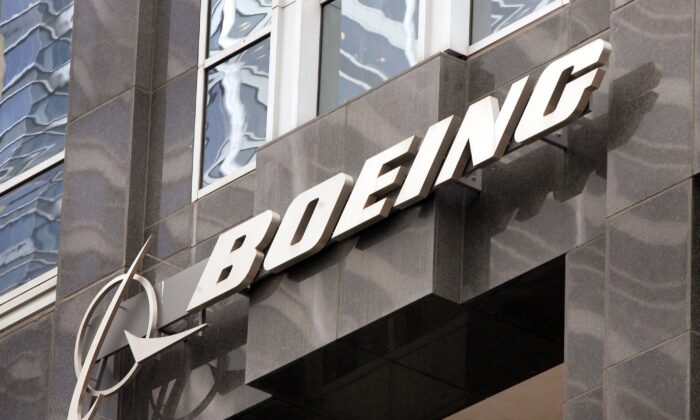 Boeing Co. Chief Executive Officer Dennis Muilenburg will waive his 2019 bonus and decline equity grants for at least a year until the grounded 737 Max fleet is flying again “in its entirety,” Chairman David Calhoun said.
Muilenburg retains the confidence of Boeing’s board and is the right person to get the troubled jetliner back in the air, Calhoun said Nov. 5 on CNBC.

“We’re going to support Dennis through this process,” Calhoun said. “From the vantage point of our board, Dennis has done everything right,” though he also indicated that Muilenburg will be judged on successfully getting the Max back in service.

The endorsement came a day after Democratic lawmakers renewed their attack on the embattled CEO, accusing him of fostering a “culture of concealment and opaqueness.”

Muilenburg suggested scrapping his bonus during a phone call over the weekend, Calhoun said. The CEO appeared off-guard as angry lawmakers and the relatives of crash victims assailed his pay during an often-contentious appearance before Congress last week. Muilenburg also faced numerous calls to resign during two days of hearings.

Calhoun has been thrust into the spotlight as the planemaker has struggled with a crisis that has drained at least $9 billion and will weigh on company finances for years. The former General Electric Co. vice-chairman, who has expertise in aerospace manufacturing and corporate turnarounds, was named chairman when Muilenburg was stripped of the role on Oct. 11.

Analysts and industry experts have said Calhoun, as well as Boeing Chief Financial Officer Greg Smith, would be in the running to run the company if there is a shake-up.

Calhoun said a report that Muilenburg and directors have a strained relationship was “false.” It is inappropriate to speculate on whether there eventually will be a leadership overhaul, he said, given the enormous tasks of getting the plane back in the air and delivering hundreds of new Max jets to customers. Boeing’s best-selling jetliner was grounded after two crashes killed 346 people.

The board deliberates over company leadership at every meeting, and as recently as lat Nov. 3, Muilenburg “has our confidence,” Calhoun said.

While no board will back a CEO unconditionally, it appears that Muilenburg is in good standing, said Cai Von Rumohr, an analyst at Cowen & Co. Still, he’s somewhat at the mercy of the Federal Aviation Administration.

“I think Dennis wants to see it through and he certainly is qualified,” Von Rumohr said. “He’s close to a key inflection point with the FAA, so I’d say his chances are good of sticking around.”

Calhoun said that the current regulatory schedule suggests that “our airplane will get certified, and as we turn the year we can begin to move forward on getting these back in the air.” While the FAA practice of delegating oversight to subject experts at Boeing has contributed to aviation safety, that wasn’t true for the Max, Calhoun acknowledged.

“Reform has to happen. The system let everybody down,” Calhoun, a managing director at Blackstone Group Inc., said in the half-hour interview. “If a rebalancing has to happen by way of reform, so be it. So be it. I get that.”

In crisp comments that contrasted with Muilenburg’s occasionally hesitant responses before Congress, Calhoun acknowledged that the design of the flight control system implicated in both crashes was flawed but said there was no corporate coverup.

“No one was hiding anything. It was a set of engineering decisions that ended up being wrong,” he said. “There is no question the fundamental assumption we designed around was flawed with respect to how a pilot would react.”

Boeing will work to compensate customers for the disruption caused by the grounding, Calhoun said, addressing recent criticism from the CEOs at Southwest Airlines Co. and American Airlines Group Inc.

“There’s no question there will be settlements,” Calhoun said.

Muilenburg will likely lose out on at least $10 million—and possibly significantly more—since 90% of his compensation is at risk, under a formula spelled out in Boeing’s proxy statement.

He received $20.4 million in short- and long-term cash bonuses and equity awards as part of a pay package that totaled $23.4 million in 2018, the company disclosed in a regulatory filing earlier this year. In the two previous years, those components amounted to $14.2 million and $11.6 million, respectively.

Muilenburg presumably will still get a salary, which was $1.7 million last year. He also received other taxable perks, such as the use of the company aircraft and life insurance premiums.

While Calhoun praised Muilenburg, the chairman said support depends on the CEO’s continued performance through the Max crisis.

“If he can get us from here to the endpoint, and the endpoint being a Max that’s flying in service and accepted by the flying public and begins to restore our brand,” Calhoun said, “I might argue he’s just about the most qualified executive in the world to be running a company like Boeing.”