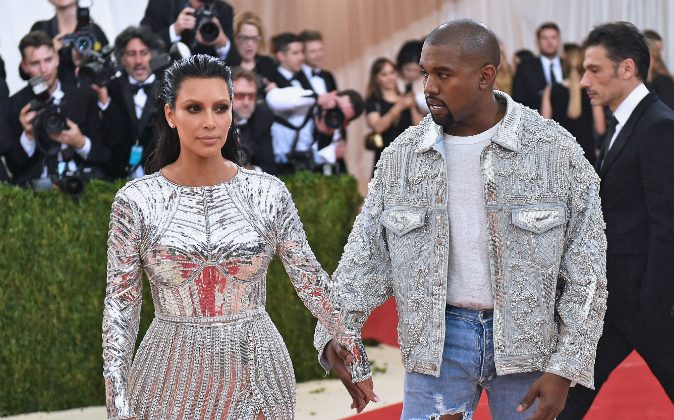 Bodyguard Fired by Kanye West: ‘I Did Not Hit on Kim Kardashian’

The bodyguard who was fired by Kanye West for speaking to Kim Kardashian is telling his side of the story in an exclusive interview with the U.K.’s Dailymail.

According to Steve Stanulis, he was waiting in the lobby of New York’s Waldorf Astoria Hotel as the famous couple were getting ready for the Met Gala on May 2. The former police officer, looking to confirm the plans for transportation, sought information from anyone closely associated with the stars.

“I went up to the floor to the Presidential Suite. I was walking and the door was open and I happened to see Kim,” said Stanulis. “I thought I’d ask her or the other security or assistant if there was a change of plan.”

As he approached Kardashian, West walked by and glared at the bodyguard, who has worked security for actor Leonardo DiCaprio.

“He went to the door and slammed it. I thought that was Ok. So I went back downstairs. I told the driver I had no idea what was going on,” said Stanulis.

Within minutes Steve Stanulis was fired and told he wouldn’t be needed for Monday night or the following day.

The 5-foot-11 former Chippendale dancer described the entire incident as a complete “misunderstanding.”

“I had no intention on hitting on Kim Kardashian. I am happily married. I got enough problems in the world and three young kids, so that was not my intent,” he said. “Maybe it was a misunderstanding, but I didn’t have the opportunity.”

He added: “She’s a very beautiful girl, very attractive. But obviously it was just to see if they were going to get to the Met Gala at a particular time. I’d like to think this was all a misunderstanding. But if this was the reason, to be where he is and to be that insecure, it is mind boggling to me.”

Prior to Monday, Stanulis had worked for the couple for 15 days in 2016. It was during Fashion Week in February when he was advised to keep his distance from the reality television star after West witnessed the pair’s first encounter.

Kanye West Is Heading on Tour This Fall

“It was a normal introduction. She was sweet and she was nice. It was super small talk and when she walked away one of the handlers in the fashion studio, came up to me and said ‘We don’t want you too close to Kim,'” he said. “I said that was ok and didn’t mean no disrespect at all.”

However, West’s demand wasn’t off-putting to Stanulis, who heard how difficult it is to work for the Chicago rapper.

“I had heard through the grape vine that Kanye was tough to deal with and he went through a lot of security,” he said of West. “I was told before I took the work that I had to be thick skinned and prepared for anything because the littlest thing could trigger him.”

As Stanulis continued to work for “The Life of Pablo” fashion designer, he began to notice how condescending the rap star was.

“Just because you have status, doesn’t give you the right to talk to people in a certain way,” said Stanulis. “But I would say he is probably the most self-absorbed person I have ever met in my life.”

During his time as security detail for West, he never heard an expression of gratitude.

“He never said ‘good job, thank you, I appreciate it’…nothing,” he said.

As for his time with the Kardashian-West duo, he described it as: “Forgettable, traumatic, not worth it and disappointed.”