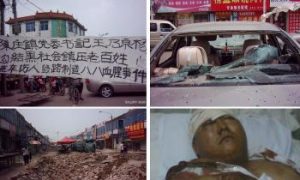 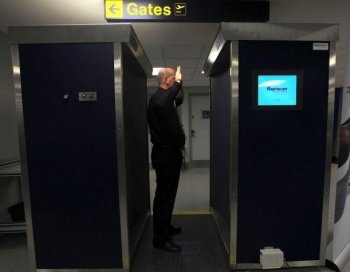 A Mountain Reflection: Invasion of the Body Scanners

Jim Fogarty
biggersmaller
Print
News reports circulated this week of a man flying out of San Diego who after being picked for a full body scan, refused. He was given the choice of either the scan, or an enhanced pat down. After declining both, the customer was escorted to the airline counter for a refund, then, according to reports, was threatened with a civil suit, but left the airport anyway.

A YouTube video showed a 3-year-old girl receiving the enhanced pat down from TSA in Chattanooga (before it was pulled on “copyright grounds”).

Last month ExpressJet pilot Michael Roberts was sent home after refusing the scan and pat down.

“I just kind of had to ask myself ‘Where do I stand?’ I’m just not comfortable being physically manhandled by a federal security agent every time I go to work,” Roberts was quoted as saying in Memphis's Commercial Appeal.

Other pilots have expressed concern over exposure to radiation from the machines. "We’re going through it two to three times a day,” said one pilot, on Houston's 11 News, who also called the new scanners and procedures “security theater.”

Concerns over the machine's Terahertz (THz) wave radiation are not unfounded. MIT's Technology Review, in an October 2009 blog titled “How Terahertz Waves Tear Apart DNA,” discussed THz research by Boian Alexandrov at the Center for Nonlinear Studies at Los Alamos National Laboratory. The post said that “although the forces generated are tiny, resonant effects allow THz waves to unzip double-stranded DNA, creating bubbles in the double strand that could significantly interfere with processes such as gene expression and DNA replication.” Yikes.

Homeland Security Secretary Janet Napolitano, in a USAToday opinion piece Sunday, said the scanners were “safe, efficient, and protect passenger privacy,” asking Americans for “cooperation, patience and a commitment to vigilance in the face of a determined enemy.”

Airport body scanners: just in time for the holidays.

For Thanksgiving, not only will I need to wear clean underwear in case I'm in an accident, but now I need to make sure I do so when traveling.

Look, I don't want to put my fellow countrymen and women at risk to the dangers of terrorism. I know that there are people who welcome this increased security—and the comfort it brings them personally—with open arms.

But with the widespread deployment of these scanners, we've come to yet another threshold in the privacy versus security balancing act we've dealt with post 9/11.

Aside from instances like the shoe bomber, “panty” bomber, and the guy who was apparently caught trying to mix together liquid compounds to form an explosive (which brought about the 3 oz. limits on carry-on liquids), things have been quiet using existing TSA procedures. Why such new, invasive technology?

What may come into play down the road is the Fourth Amendment of the U.S. Constitution's Bill of Rights, which states that the “right of the people to be secure in their persons, houses, papers, and effects, against unreasonable searches and seizures, shall not be violated.”

For yours truly, this issue is playing its role in a bigger transformation we are presently experiencing, and I find myself wondering “What next?” How is this going to play out?

These are interesting times, folks, with more to come as we “wake up”…. stay tuned.

Jim Fogarty lives in Leadville, Colorado, and can be reached at jim.fogarty@epochtimes.com