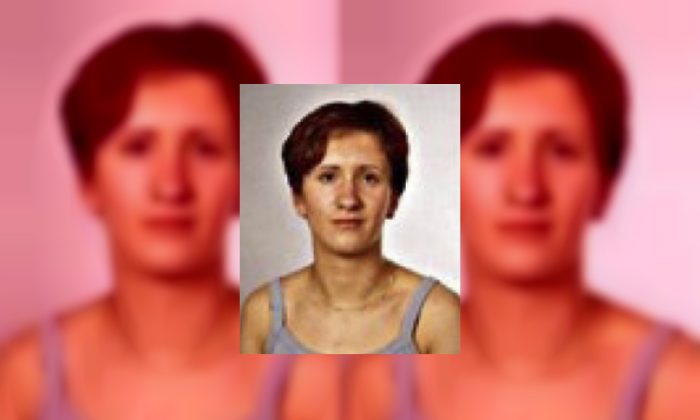 Jasmina Dominic who was reported missing in 2005 but was last seen in 2000. (Croatian Interior Ministry via AP)
Europe

The body found in the freezer of a family home in a quiet village in Croatia is that of a woman who went missing 18 years ago.

Police have arrested her sister, who still lives in the family house.

According to local reports, police found the body the Dominic family home in the village of Pavlovec Zabocki, on Feb. 16.

They believe it is the body of Jasmina Dominic, who was last seen in 2000 and officially reported as missing by her family in 2005.

Her sister, Smiljani Srnec, 45, is now in prison while she goes through legal proceedings process during an investigation.

The case has caused a stir in Croatia, where people wonder how the body could have remained hidden for so long.

Speaking before the autopsy, the local mayor Ivan Sokac urged people to be patient and not to jump to conclusions. “From the date of finding out that Jasmina Dominic disappeared, extensive criminal investigations were carried out,” he told Emedjimurje. “We will supply you with complete chronology, with all that we did and what we did not do.”

“You have to understand us, we have to wait for an autopsy, identify the identity, cause of death, and take statements from some other potential witnesses.”

Police spokesman Nenad Risak said the family had told police in the past that Dominic was living abroad.

According to media reports, the family said that she had gone to work in France when she was just 23, and was only reported as missing five years later on Aug. 16, 2005.

Authorities found the body wrapped in cellophane according to news outlet SATA24. Some outlets reported that the corpse had been found after a power cut caused the freezer’s contents to thaw, and the smell of the decomposing corpse spread. Srnec’s husband said that the rumors of the power cut were not true, reported Alo.

“They [family] turned us in other directions,” police spokesman Nenad Risak said of the initial investigation into Dominic’s disappearance, reported AP. “We checked the house [during the investigation] … but didn’t have information anything could have happened at home.”

An autopsy identified the cause of death as two or more blows to the head, officials said on Feb. 20, reported Dnevnik.hr

The missing woman’s mother is traveling from Germany, where she has spent most of her working life, reported the news outlet, to attend the funeral.

In 2016, a North Carolina woman was arrested after someone found her mother’s body in a freezer that they bought for $30 in a yard sale.

Marcella Jean Lee, 56, was found guilty of on charges of concealing or failing to report a death. She had put her mother’s body in the family freezer, where it stayed for about a year before it was sold to a shocked neighbor. There was no indication of foul play.