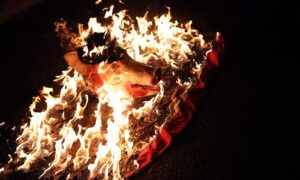 Policing and Politics in a Time of Turmoil
0 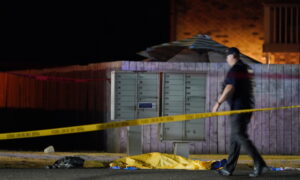 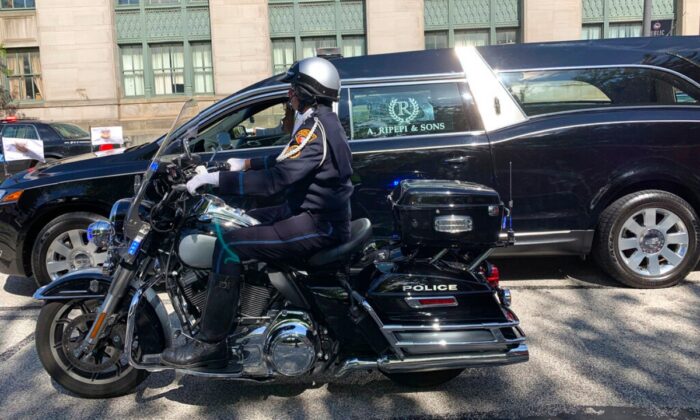 Body of Slain Detective Gets Hero’s Escort to Funeral Home

CLEVELAND, Ohio—Two fire truck ladders stretched a large American flag over a hearse that threaded the Cleveland streets Saturday as it carried the body of a police detective killed in the line of duty to a funeral home.

Other first responders stood at attention as the procession for Detective James Skernivitz, 53, passed, WKYC-TV reported.

Three people are being questioned after Skernivitz and a man described as a police informant were shot and killed in the officer’s unmarked car during a drug operation Thursday night on the city’s west side.

Skernivitz had joined a federal anti-violence task force shortly before he and Scott Dingess, 50, were killed, officials said.

Two juveniles and an adult were taken into custody on unrelated arrest warrants, Cleveland Safety Director Karrie Howard told reporters Friday. Their names have not been released.

Skernivitz and other law enforcement officers had been sworn in Wednesday at the Cleveland FBI office to become members of the FBI’s Violent Crime Task Force in support of Operation Legend, a Justice Department effort to crack down on violent crime in a number of U.S. cities, including Cleveland, an FBI representative said.

Officials have not said whether Skernivitz was working Thursday night as part of the federal task force or as a member of the Cleveland police gang unit to which he was normally assigned.