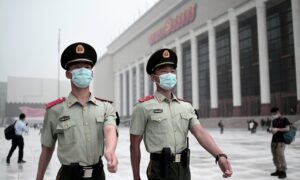 Body of Russian Officer Who ‘Ordered Airstrike on Himself’ to Kill ISIS Militants, Flown Home

The body of a Russian special forces officer who died while fighting ISIS militants in Syria has been flown home.

Senior Lieutenant Alexander Prokhorenko, 25, died last month during the joint Russia-Syrian effort to retake the city of Palmyra from ISIS. The officer called for an airstrike where he was located after being surrounded by ISIS forces.

“Following special joint steps taken with the participation of representatives of the Syrian authorities and the Kurdish militia, the officer’s body has been delivered to Moscow,” a Russian defense ministry official said, according to the TASS news agency.

Prokhorenko was posthumously awarded the “Hero of Russia” title by President Vladimir Putin, and he has been recognized as a national hero in Russia.

Having a shot for #AlexProkhorenko right now. Rest easy soldier, your watch has ended and your bravery unforgotten. pic.twitter.com/FRhJAKDjjK

Prokhorenko had been tasked with guiding airstrikes on militants in the Homs province.

Ten days after his death, on March 17, ISIS was driven out of Palmyra, where they had desecrated many ancient monuments and relics.

In March, Putin announced the withdrawal of most Russian forces from Syria, although there are still contingents that are active on the ground.