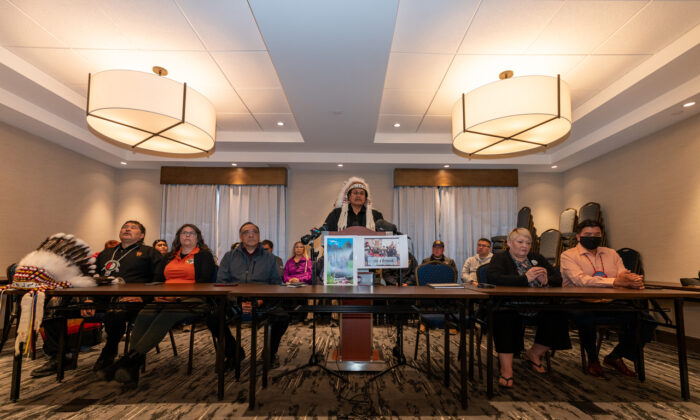 The body of a missing 5-year-old Saskatchewan boy has been found after several months of searching, police say.

Carrot River RCMP said that on July 9 they received a report that Frank Young of the Red Earth Cree Nation was found deceased in a river in the Cree community near the location where the boy was first reported missing on April 19.

Young was last seen playing outside his home in the community located 225 kilometres northeast of Prince Albert on April 19.

“This is not how anyone wanted the search for Frank to end. Our deepest condolences are with Frank’s family, loved ones, and community who have been greatly impacted by this tragedy,” Sgt. Richard Tonge, Carrot River RCMP detachment commander, said in a statement on July 10.

“We would like to thank everyone within the community and beyond, who assisted in the search for Frank.”

Police said there was no indication of suspicious circumstances surrounding the case, but further investigations will be carried out, including working with the Saskatchewan Coroner’s Service in Young’s autopsy.

“It is with a heavy heart that I announce the discovery of Frank Young,” Red Earth Cree Nation Chief Fabian Head said in a statement posted on social media.

Head said more information will be released later at a media conference.

“For now, we ask for your prayers and continued support during our time of grief,” he said.

In a July 10 Twitter statement, The Federation of Sovereign Indigenous Nations, which represents 74 First Nations in Saskatchewan, said they are devastated by the news of Young’s death and called for prayers for his family.