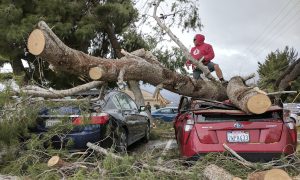 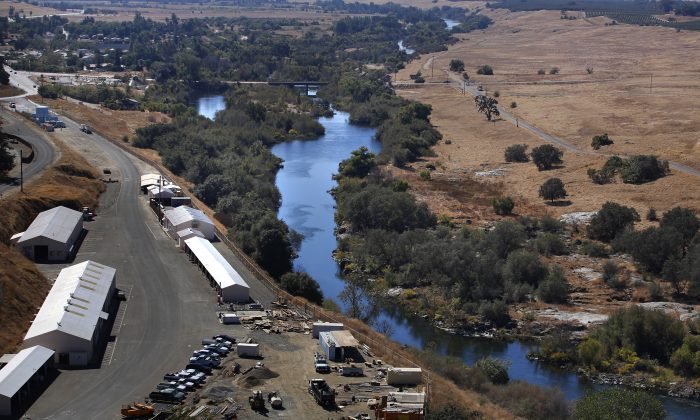 The first leg of the San Joaquin River restoration project during a tour in Friant, Calif., on Oct. 5, 2016. The Sacramento Sheriff's Department said the river was flowing quickly due to heavy rainfall and runoff on March 29, 2019. (Gary Kazanjian/AP Photo)
US News

The body of a father who went missing after he jumped into the San Joaquin River in an attempt to save his son over a week ago has been found.

Moua Lo, 41, had been missing since March 29, when he jumped out of a boat and into the river in an attempt to save his 1-year-old son who had fallen out. From Stockton, California, Lo had been out on the river fishing with his three children.

Authorities said his body was found on April 7, over a week later, by a fisherman. The coroner’s office confirmed that it was Lo’s body, according to the Sacramento County Sheriff’s Department.

Authorities said that, on the day of the incident, Lo’s 10-year-old daughter, who was still in the boat along with another sibling, called 911 for help.

“The child indicated her father dove into the river after the child and related the child was wearing a life vest, however, her father was not,” the sheriff’s office said.

The family of the missing father of three tells me their loved one is 41-year-old Moua Lo of Stockton. He and his 1-year-old son Marcus are pictured below. Marcus is in critical condition at UC Davis Medical Center after falling overboard during a family fishing trip. @FOX40 pic.twitter.com/iavcKIyOWD

According to the Sacramento County Sheriff’s Department, the U.S. Coast Guard reached the area first and were able to rescue the 1-year-old child floating in the river.

“First responders immediately began performing lifesaving measures on the child including CPR as the child did not initially have a pulse,” the sheriff’s office said in a press release.

The child was transferred to a Sacramento area hospital and arrived with a pulse. He was listed in serious condition.

The U.S. Coast Guard also rescued two children from the fishing boat, which was drifting down the river.

“The helicopter landed on the road and they evacuated the little one,” Vandeventer said. “Then the two others got into the ambulance with police officers.”

However, on that day, Lo still remained missing. Search and rescue teams from a number of public safety agencies were unable to locate him. In the following days, the search continued with “multiple agencies using specialized sonar units, boats, ground crews, ATV’s, and canines,” the County Sheriff’s Department said in a press release.

A crew from the Coast Guard is going to stay on the river overnight. They want to be ready the second they’re needed. Search and rescue teams will return in the morning. pic.twitter.com/XCTfD5XZTG

The sheriff’s office said the water was moving fast due to heavy rainfall and runoff. After four days of searching, crews reportedly called off the search, saying they had done all they could.

Lo’s family walked and scanned the shore every day after the incident to look for his body, reports KCRA3.

Local fishermen also volunteered to help the search. According to KCRA3, Eddie Eagleton and James Holman both volunteered to search for Lo with their boat’s sonar system.

“We usually stay out on Stanislaus River,” Eagleton said. “But when we saw the family out here asking for help, we’re locals, we don’t have much going on. We have equipment and stuff that we need to do. So, we’re out here.”

Lo’s body was eventually found by a fisherman, and local authorities helped the coroner’s office recover the body.

“The Lo family has been notified and are mourning their loss,” the sheriff’s office said.