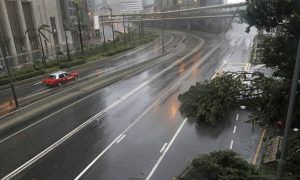 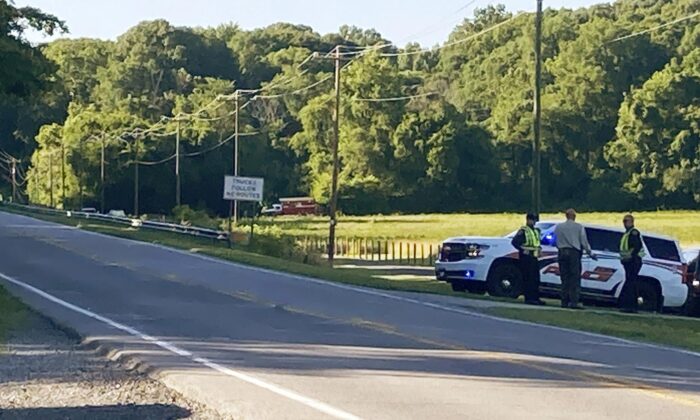 Rockingham County Sheriff Sam Page waits with other officials for the arrival of the State Highway Patrol's helicopter, equipped with infrared technology, to aid in the search for a group of missing rafters on June 17, 2021, in Eden, N.C. (Susan Spear/News & Record via AP)
US News

EDEN—The body of a fourth tuber has been found in a North Carolina river following a deadly accident in which a family on a recreational float went over a dam, local officials said Sunday.

The Rockingham County Sheriff’s Office confirmed in a news release that Isiah Crawford, 7, was the person who was found in the Dan River.

Another tuber, Teresa Villano, 35, is still missing. The search for her continued on Sunday, including near the Virginia state line, officials said.

The sheriff’s office said the child’s body was found after authorities received a 911 call about 10 a.m. Someone had reported seeing a body in the river near a boat landing in the town of Eden.

The accident occurred Wednesday night when a group of nine people floated down the river on inflatable tubes and went over a dam. Four people were rescued Thursday, while three tubers’ bodies were found that day.

The group went over a dam that’s about 8 feet high next to a Duke Energy plant. Boating experts told The News & Record that such low-head dams are notorious for trapping people in the powerful current that churns at their base.

Dan Riverkeeper Steven Pulliam of Stoneville told The News & Record in Greensboro that he wonders if recent rains created mud that obscured a portage area where boaters and tubers can exit and walk around the dam’s powerful currents.