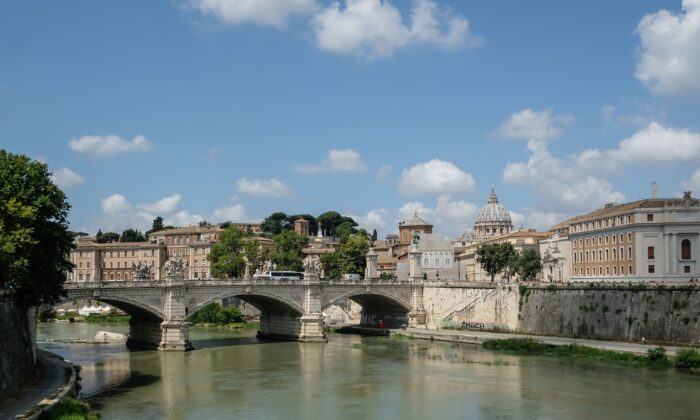 The Tiber river, in central of Rome, on July 13, 2019. (Andreas Solaro/AFP via Getty Images)
Europe

ROME—Italian police say the body of a 21-year-old American man was pulled from the Tiber River on Thursday, and an investigation was underway to determine the cause of death.

The family of Elija Oliphant of Dallas, Texas, reported him missing on Tuesday, after he left the hotel and never returned. They had arrived on holiday a day earlier.

The body was found in a section of the river near the Trastevere neighborhood, famous for its nightlife and popularity with foreign students.

The family had published an appeal on social media on Wednesday, including posting pictures of the smiling young man after voting in the November 2022 U.S. election. The appeal put his age at 22.