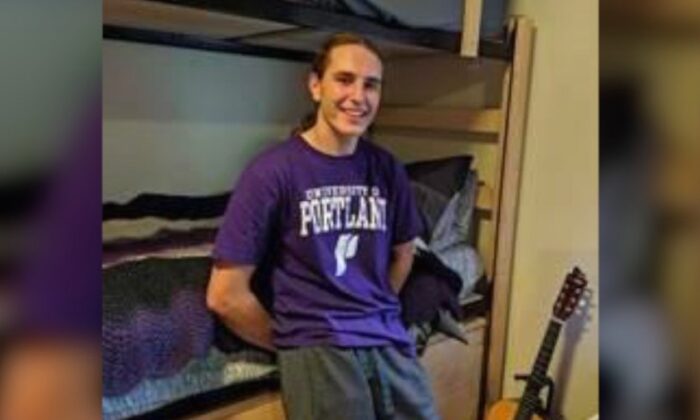 The 18-year-old University of Portland freshman was last seen on Oct. 6
By Mimi Nguyen Ly

A body found in Portland, Oregon, is believed to be Owen Klinger, a University of Portland student who went missing on Oct. 6, his family said, according to local reports.

“Portland police have notified us that they have recovered a body that we believe is our son, Owen Klinger,” parents of the 18-year-old, Mary and Dustin Klinger, said in a statement to KOIN.

“We deeply appreciate the extraordinary effort and support that thousands of people have provided over the past two weeks. We now ask for privacy as we move forward with our healing process.”

The Portland Police Bureau said Monday that the body was found around 1 p.m. Sunday in Willamette River in the area of the 9400 block of Northwest St. Helens Road near St. Johns Bridge.

The river patrol recovered the body and turned it over to the Multnomah County Medical Examiner.

Police say they will confirm the identity of the body once the medical examiner’s report is completed, which is expected by Tuesday, reported KPTV.

Further details about the body are not known, and police have not indicated whether Klinger’s death—if the body is confirmed to be his—may be suspicious.

President of the University of Portland, Rev. Mark L. Poorman, posted a 10-part statement via the university’s Twitter account. In part, the statement reads:

“I write with deep sadness regarding missing first-year student Owen Klinger. Based upon conversations with a family representative and law enforcement, the University joins the Klinger family in their belief that Owen, their son and our community member, has died.

“An official statement from the Multnomah County Medical Examiner’s Office confirming Owen’s death is forthcoming. Owen’s family has requested privacy at this time. There can be no greater sadness in the life of a university than the loss of one of its members,” he added.

The reverend said that Klinger was “[k]ind, generous, and loyal, he was a person who lived for others. He gave deeply of himself. He loved earnestly.”

Klinger was last seen on campus leaving Christie Hall on Oct. 6, according to KPTV.

His family said Klinger told his roommates he was heading to lacrosse practice, but he didn’t have any of his usual gear with him, the outlet reported. Klinger’s father said he never showed up to practice.

The student instead went to a campus ATM and withdrew cash amounting to $150, and his phone was turned off around that time, reported KPTV. He left campus around 7.50 p.m. that night.

Video footage from the TriMet bus that was in the area showed a man, who police believe was Klinger, walking west on North Willamette Boulevard.

Klinger’s friends and family, as well as other volunteers, had been searching for him in the area around the campus with no luck.

The private Roman Catholic university late on Oct. 12 held a candlelight vigil praying for his return.

Last night our UP community came together for a candlelight vigil in support of student Owen Klinger. We turn to our faith during difficult times like these as we await news about Owen. The UP community joins with the Klinger family in prayerful hope for Owen’s safe return. pic.twitter.com/6lDOJHTO7T

There will be a mass for Klinger on Tuesday afternoon on campus.