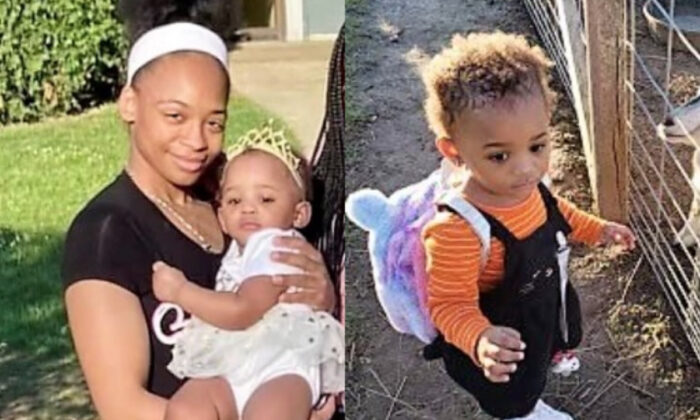 WHEELING, Ill.—A child’s body found in a northwest Indiana retention pond has been identified as that of a 1-year-old suburban Chicago girl whose mother was found dead days earlier in her apartment, police said.

The body found Thursday in a Hammond pond by construction workers was identified as Jaclyn Angel Dobbs of Deerfield, Illinois, and an autopsy was scheduled for Friday, Indiana State Police said.

The toddler was discovered missing Tuesday after her mother, 21-year-old Ja’nya Murphy, was found dead in her apartment in north suburban Wheeling. An autopsy determined Murphy had died of asphyxiation strangulation and her death was ruled a homicide.

Wheeling police said Thursday that Missouri authorities had arrested a person of interest in Murphy’s death. He was stopped by police in western Missouri while driving a minivan that was also sought by police, based on video reviewed by officers, authorities said.

Police said the man had a relationship with Murphy, but he was not her daughter’s father.

The man, whose name has not been released by authorities, was last seen with Murphy at a mall on Monday, around the time her family last had contact with her.

Murphy was a 2018 graduate of Stevenson High School. She had lived with her daughter at the apartment building where her body was found, police said.