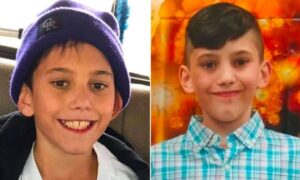 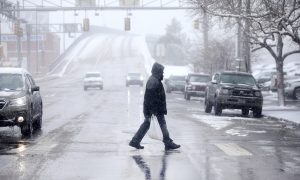 Blizzard Warnings Issued for the First Day of Spring
0 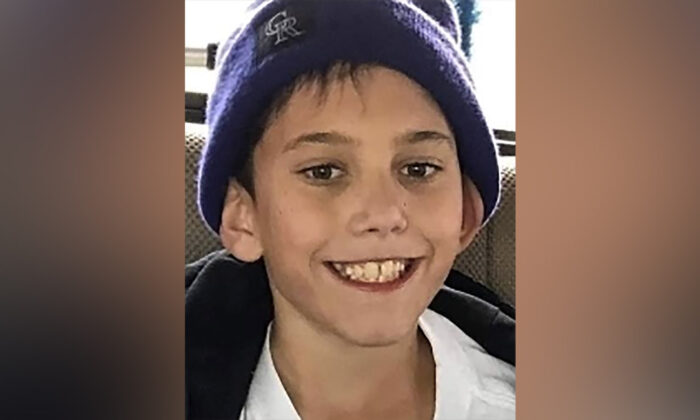 Gannon Stauch, 11, has been missing for a week after he left his home to play at a friend's house. (Courtesy of El Paso County Sheriff's Office)
US News

Authorities announced on March 20 that human remains found in Florida have been tentatively identified as missing Colorado boy Gannon Stauch. The 11-year-old was reported missing in January by his stepmother, who was later charged with killing him.

The remains of Stauch were found near Escambia River Bridge on Interstate 90 near Pace by a Florida construction crew, according to ABC.

Pace is located in northwestern Florida, 15 miles north of Pensacola and nearly 1,400 miles away from where the boy was last seen nearly two months ago in his Colorado home on Jan. 27.

After the remains were transferred to the District One Medical Examiner, an autopsy was performed and authorities tentatively identified the body as Stauch.

“We would like to extend our deepest sympathies to the friends and family of Gannon,” police said.

Stauch’s stepmother, Letecia Stauch, told authorities back in January the boy never returned after leaving to go to a friend’s house.

After a search that lasted for weeks came up empty, authorities presumed the boy was dead and they arrested the stepmother in Myrtle Beach, South Carolina, on March 2, The Associated Press reported.

The new charges include one count of first-degree murder and eight counts of committing a crime of violence, an enhanced charge that would be used to increase punishment, ABC News reported.

“I filed eight counts of crime of violence, for the alleged use of a firearm, a blunt instrument, a knife or other sharp object,” El Paso County Senior Deputy District Attorney Michael Allen told ABC News reporters during a televised news conference.

“Anyone who has seen Letecia Stauch in Pace or Pensacola, Florida between Feb. 3-5 is asked to call the El Paso County Sheriff’s Office tip line at 719-520-6666,” authorities said on Facebook.