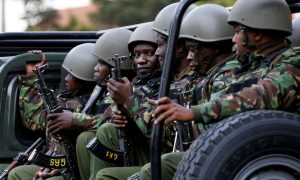 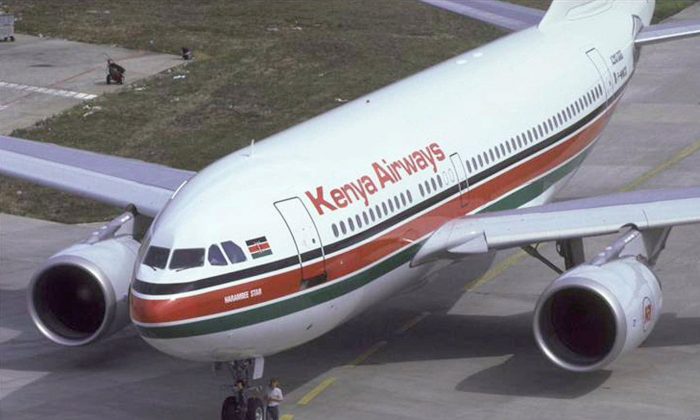 This is a undated photo of a Kenya Airways Airbus 310. (AP Photo/Airbus Industries)
International

Body Falls Off Airplane, Lands in London Garden Before the Plane Lands: Reports

A Kenya Airways plane landing at Heathrow Airport and dropped a body into a garden in London.

According to The Star in Kenya, the Metropolitan Police in London on July 1 said it informed Kenya Airways that the body fell from the landing gear before the flight landed.

Police found a bag containing food and clothing at the rear of the left landing gear.

Man Lights and Smokes Mid-Air on Spirit Airlines Flight, Is Escorted Off Plane at Arrival

The man’s identity was not disclosed.

The body of a Kenyan Man has fallen into the BACK GARDEN of a LONDON home.
Metropolitan police were called by the home owner and on investigations it was found to have fallen from the undercarriage of Kenya Airways flight 100 from NAIROBI to LONDON. pic.twitter.com/ZvXGWANSrb

The owner of the garden immediately called the authorities after the body was discovered.

It’s not clear if the man died while in the undercarriage or was killed by the fall.

According to the Star, police in the United Kingdom are in contact with Kenyan authorities to identify the person. No damage was done to the aircraft, and it was cleared for operation.

Reason not to live under a flight path

The body of a suspected stowaway fell from a plane shortly before it landed at #Heathrow Airport.

The man’s body landed in a garden in Clapham, south London at 3.41pm on Sunday, https://t.co/aWuUo2ft8t

A statement from Scotland Yard told the Daily Mirror: “A post-mortem examination will be carried out in due course. Police are working to establish the man’s identity.”

“A crime scene was put in place but has since been closed,” the agency said. “The death is not being treated as suspicious. Enquiries are underway to establish the full circumstances. At this point, police believe the man was a stowaway and had fallen from the landing gear of an inbound Kenya Airways flight to Heathrow Airport.”

A flight from Nairobi to London takes nearly nine hours.

In Texas, ten people on board a small plane were killed in a fiery crash Sunday morning when the aircraft struggled to gain altitude after taking off from a suburban Dallas airport, veered to one side and plunged into a hangar, local authorities and witnesses said.

Federal officials said two crew members and eight passengers were killed when the twin-engine plane, scheduled to fly to St. Petersburg, Florida, crashed at the Addison Municipal Airport at 9:11 a.m. The identities of those killed were not immediately released.

“We don’t know a lot about the people on board at this point,” National Transportation Safety Board Vice Chairman Bruce Landsberg said.

Officials say the Beechcraft BE-350 King Air hit a hangar that then burst into flames with black smoke billowing from the building as firefighters sprayed it with water. A plane and helicopter in the hangar were damaged, but there were no people in the building.