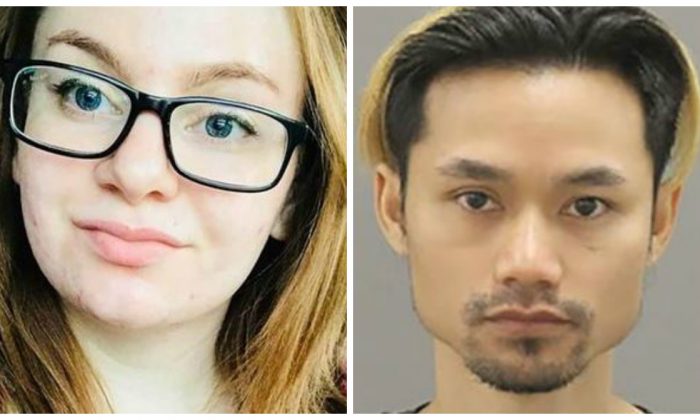 The bodies of a missing Illinois family were found in a Rockford park on Thursday, Feb. 22.

The Rockford Police Department confirmed that the bodies found in Blackhawk Park were Danielle Son, 22, and her boyfriend Sergio Quiroz, 25.

The suspect in the deaths was killed during a chase.

Hand Son, the estranged husband of Danielle Son, led police on a chase after officers saw him around 4 a.m. on Thursday, following the issuing of a warrant.

Officers tried to persuade Son to surrender but he refused. He killed himself with a gunshot before officers could apprehend him, police told NBC.

“As detectives were approaching the suspect vehicle, they heard a single gunshot from inside,” Rockford Police Chief Dan O’Shea said at a news conference Thursday, reported the Rockford Register. “They located Hand Son inside with what appeared to be a self-inflicted gunshot wound to his head.”

O’Shea indicated that it was a domestic violence case.

“Going forward, our detectives continue to work with the city on domestic violence initiatives and hopefully we get further along.”

Two counts of kidnapping were filed against Hand Son before he killed himself.

Danielle Son’s two children were found safe in their home on 10th Avenue and were taken to their grandparents.

Previously, Danielle Son’s father said it was devastating not knowing where his daughter was.

“It’s devastating right now, not knowing what’s going on, what’s happened. Where they could be, if they’re safe, if they’re dead or alive, anything,” said Danielle Son’s father John Feldberg.

Danielle Son’s grandmother said she felt lost without her.

“This is something that happens to somebody else, you know, not to us. And that’s why it’s so devastating,” said Donna Lee.