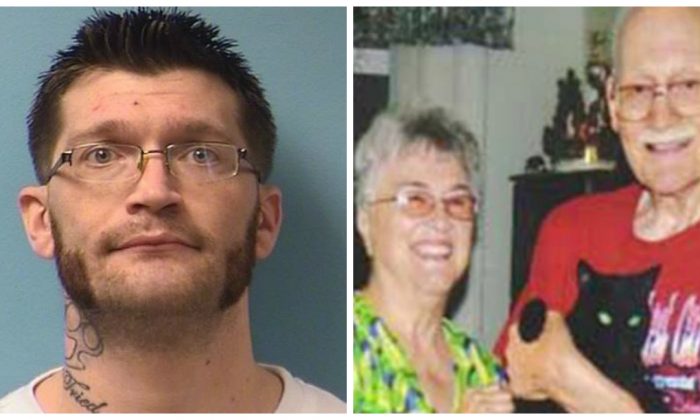 The bodies of two elderly people were found late Thursday in Minnesota, and authorities believe they are the bodies of a couple reported missing by family members.

The Scheels were last seen at Teal’s Market that day with their grandson Gregory Scheel, 34, who lived with them.

Officers found a 2011 Toyota Prius connected to the couple on a rural road in Kandiyohi County with the bodies of two elderly adults inside on Thursday, reported KARE.

Authorities said that the bodies were being sent to the medical examiner but they believe the bodies are Wilbert and Gloria Scheel.

One squad car, and one @MnDPS_BCA car outside the Paynesville home of Willie and Gloria Scheel, grandparents who are missing, along with their 34 year old adult grandson, Gregory Scheel. @kare11 pic.twitter.com/dsrWKhNjbp

BREAKING: Sad update to the missing Paynesville couple case. Stearns County Sheriff’s investigators found the bodies of an elderly couple in a Prius earlier tonight, identities to be confirmed by ME. Their grandson is now in Kandiyohi County jail on unrelated charge. @kare11 pic.twitter.com/Yc5tpsh4lq

Just after 9 p.m., they found him and arrested him on prior warrants.

He is not facing any charges related to his grandparents at this time.

It’s not clear what the warrants were for, but the Stearns County Sheriff’s Department said the investigation into the Scheels is ongoing, reported SC Times. However, officers said they’re not looking for any other individuals.

Wilbur Scheel was featured in a story by CBS last year, which lauded him as the town’s “King of Ping Pong.”

Wilbur, or Willie, had started playing ping pong when he was in the Navy in 1945 and was known for carrying around a special paddle and refusing to use any other.
“It’s good exercise,” Willie said. “Your eyes, your brain, your arms, your legs—your whole body gets exercise.”

The article noted that Wilbur had survived seven bouts with cancer.

Along with playing ping pong four nights a week, the 93-year-old enjoyed delivering Meals on Wheels to senior citizens, many of who were younger than him.