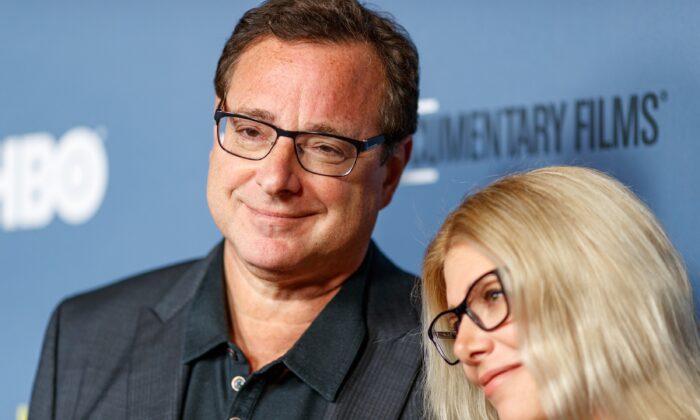 Bob Saget’s widow, Kelly Rizzo, said Thursday that the family is standing behind the medical examiner’s report after a crew member claimed told police investigators that the “Full House” star didn’t “feel good” on the night he died in January.

“The records released tell the entire story—that is, Bob passed away after a fall and hitting his head in his hotel room,” the Saget family’s attorney, Brian Bieber, said in a statement to the New York Post on behalf of Rizzo.

The statement added: “Now that the medical examiner’s and police department’s records have been released after their respective thorough investigations, the Saget family would appreciate privacy to mourn in peace.”

It came after Rosalie Cocci, who produced Saget’s comedy show at the Ponte Vedra Concert Hall in Florida, told officials that Saget wasn’t feeling well before his performance.

Of his performance, Cocci said, “He wasn’t sweating, he didn’t miss a beat, nothing slurred. … He came out very energetic.”

“I’m ready to do the show. This is what I do this for,” Saget allegedly said before going on stage, Cocci told the Daily Mail. She also mentioned to investigators that Saget was suffering from “long COVID-19” and told police that “he had been sick the night before—his hearing was off, and he had a sore throat.”

An autopsy report that was released days after his death revealed that Saget, 65, had COVID-19 antibodies. It also said that he had suffered from multiple skull fractures, internal bleeding, contusions, and other injuries.

They ruled that he died due to “blunt head trauma” on Jan. 9. His death was ruled an accident.

The Orange County Sheriff’s Department also released photos earlier this week to The Epoch Times that showed the Ritz-Carlton hotel room where Saget died. Audio that contained Cocci’s statement was also provided to The Epoch Times by the sheriff’s office.

Rizzo and Saget’s three daughters— Aubrey, Lara, and Jennifer—filed a lawsuit against Orange County Sheriff John Mina and the District Nine Medical Examiner’s Office to prevent the release of his death records.

On March 14, a permanent injunction was granted to later prevent materials such as photographs and audio recordings from being released.

“This Court finds that as a matter of law that there exists a lesser public interest in the disclosure of the Protected Records than the privacy and statutory rights of [the Saget family]. There is a legitimate public interest in government accountability in the performance of the Sheriff’s Office and the Medical Examiner,” Circuit Judge Vincent Chiu wrote.

“However, in this case, there is no ongoing criminal investigation. The [authorities] have conducted thorough investigations, and there are no allegations of incompetence or misconduct in their respective roles.”