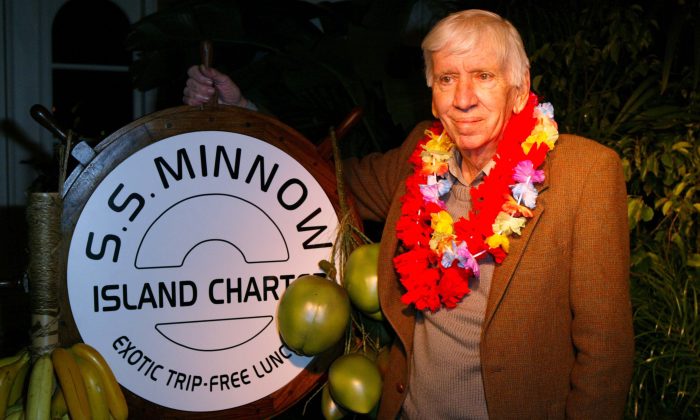 A number of Twitter and Facebook users on Tuesday are retweeting an article from 2005 about the death of Bob Denver, who played Gilligan in the show “Gilligan’s Island,” under the impression that he recently died.

It’s unclear what started the trend, but a number of people were retweeting an Associated Press report clearly dated Sept. 6, 2005, and they also posted photos of Denver.

“We’ve lost Paul Walker and Gilligan (Bob Denver) in the last few days. Does Brian Griffin count as the third?” one person wrote.

Another wrote: “Raise a glass for Gilligan!…”

Added another: “Sad hat another person of my childhood is gone. RIP Gilligan.”

According to Internet hoax-tracker David Emery of About.com, Facebook and Twitter users also posted about Denver’s death in 2012.

In August 2013, a similar phenomenon occurred with Neil Armstrong–with Twitter users posting “RIP Neil Armstrong” when he died more than a year earlier.

Regarding Denver’s death in 2005, he died of complications from treatment he was getting for cancer at Wake Forest University Baptist Hospital in North Carolina.

“I feel like a part of me is gone, too,” friend Dwayne Hickman told AP at the time. “We were a comedy team and I was proud to be his straight man. He was a wonderful comedian. Underrated, really.”

In a previous interview, Denver recalled that despite acting in several other TV shows, he could never escape the Gilligan role.

“It was the mid-’70s when I realized it wasn’t going off the air,” he said in 2001. “I certainly didn’t set out to have a series rerun forever, but it’s not a bad experience at all,” he added.