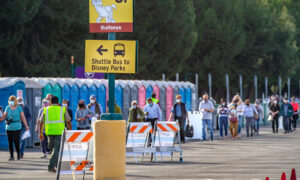 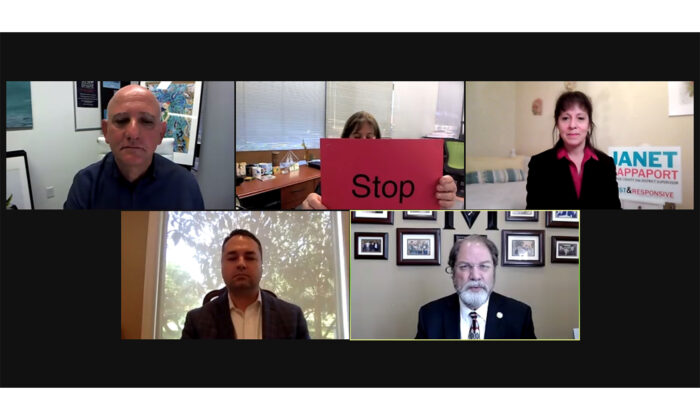 Orange County Board of Supervisors Candidates Participate in Forum

Candidates running for the second district seat on the Orange County Board of Supervisors (BOS) participated in a virtual forum on Feb. 12, where they answered questions regarding their positions on county-level issues.

All are running for a vacant District 2 seat on the BOS, which became available when former supervisor Michelle Steel was elected to U.S. Congress. The special election is set for March 9.

The forum began with the three candidates giving opening statements on why they believed they were best suited for the seat.

Moorlach cited his previous experience of getting the county out of bankruptcy as crucial during a period when the pandemic will continue to cause financial issues.

“I am ready, able, and willing to serve again during a difficult time fiscally for the county and for the state,” Moorlach said. “I was able to work through the bankruptcy that occurred back in 1994, and we were able to get out of Chapter 9 bankruptcy protection within 18 months, and I served as chair of the Board of Supervisors during the Great Recession in 2008 and 2012.”

Rappaport distinguished herself from other candidates in her statement, noting she’s not a “professional politician.”

“I have the skills to do this job,” Rappaport said. “My career as a lawyer has been spent helping U.S. businesses in complex cross-border transactions, financial and contractual, as well as quantifying global financial risk for public companies with regard to their SEC disclosures and filings. So I have the financial tax, contractual, legal, ethical requirements I feel to do this job.”

Candidates were asked how they were going to help small businesses reopen after all the grant money was used.

Moorlach said that one of the toughest parts of being a state senator during the pandemic was receiving phone calls from business owners, including restaurant owners, who had to shut down for weeks on end.

“We’ve got to let businesses be businesses,” he said. “We’ve got to be respectful when we are open to follow the proper protocols. … We’ve got to figure out how these owners can recoup and move forward again, post this pandemic.”

Muldoon said shutting down small businesses takes away the ability for people to have economic freedom.

“The best thing the government can do is to get out of the way,” Muldoon said. “Businesses have the right to provide services. We have an economic right, I would argue God-given right to earn a living, to enter contracts, and those cannot be interfered with.

“So, shutdowns are never the answer. Protocols, education, personal responsibility, are the way to go.”

In her response, Rappaport disagreed with the other candidates.

“With regard to assisting the small businesses, I have a little bit of a different view,” she said. “I think in this pandemic situation and dealing with the virus, the government does have a large responsibility, and in particular the board of supervisors needs to be making priority No. 1, accessing every single funding possibility, whether it’s from the state or the federal government.”

The candidates were asked to grade the Orange County Health Care Agency’s performance with the county’s vaccination program. Moorlach gave a “solid B+,” Rappaport graded it an “F,” while mostly blaming the board of supervisors for poor planning, and Muldoon gave it a “C+,” but said it’s mostly the fault of the state’s lack of leadership.