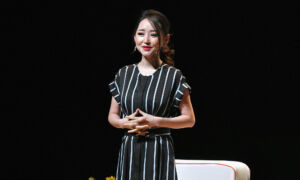 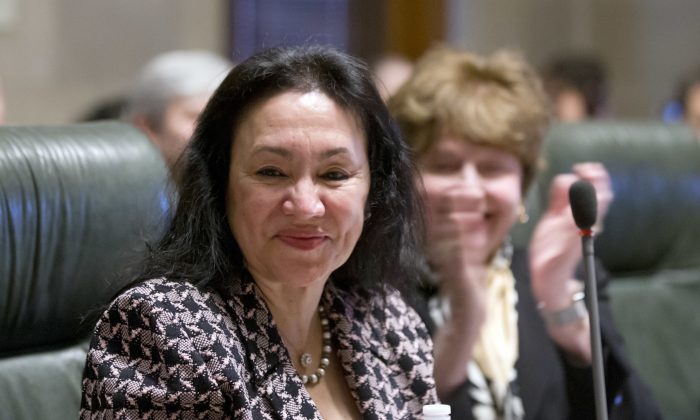 Betty Rosa after being elected chancellor of the New York Board of Regents during a meeting on March 21, 2016, in Albany, N.Y. (Mike Groll/AP Photo)
New York

Board of Regents Elect Common Core Critic as Chancellor

ALBANY, N.Y.—New York’s Board of Regents on March 21 elected member Betty Rosa to lead the education policy-making body through the next round of changes to the state’s learning standards, testing program and teacher evaluations.

Rosa, a former Bronx superintendent, takes over as chancellor from Merryl Tisch, who is stepping down from the board after 20 years, the last seven as its leader.

Rosa’s election pleased teachers unions and activist groups whose opposition to reforms implemented under Tisch have culminated in recent years with widespread boycotts of high-stakes English and math assessments tied to the Common Core learning standards.

A critic of many of the reforms, Rosa will oversee the board through an ongoing overhaul of the Common Core and testing policies, as well as its process for rating teachers.

“There is a lot of hard work ahead. Yet we are optimistic that students, parents and educators will have a more meaningful voice in fixing New York standards, reducing the burden of standardized testing and creating a fair and objective evaluation system,” New York State United Teaches President Karen Magee said.

Alliance for Quality Education Executive Director Billy Easton called Rosa “a good listener and a reliable proponent of sorely needed solutions including essential parent engagement, expansion of community schools and educational policies based on what works in classrooms rather than the test and punish model that has been in vogue around the country.”

The 17-member board elected Rosa by a vote of 15-0 with two abstentions. Rochester-area Regent T. Andrew Brown was unanimously elected vice chancellor.

Members of the Board of Regents are elected by the state Legislature.