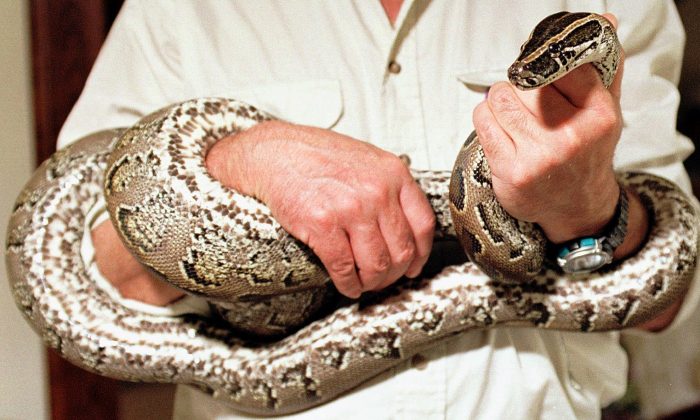 Canada: Python That Kills Two in New Brunswick Is Captured by Police

A python escaped from a zoo in New Brunswick, Canada on Monday and killed two kids.

The Royal Canadian Mounted Police said that the snake escaped from Reptile Ocean, an urban zoo in the town of Campbellton. The Canadian Broadcasting Corporation had previously reported that the snake was a boa constrictor.

“The preliminary investigation has led police to believe that a python snake escaped its enclosure in the store sometime overnight,” Constable Julie Rogers-Marsh told the corporation.

The two boys died when the snake went through the ventilation system and got into an apartment they were visiting that is above Reptile Ocean, and strangled them. They were identified on Tuesday morning as Noah Barthe, 5, and Connor Barthe, 7.

The police later captured the snake and will investigate what happened. The python in question was identified as a large African rock python.

Experts were surprised at what happened.

“It’s strange, I’m just trying to piece it together,” said Lee Parker, the facilities manager at Ontario reptile zoo Reptilia. “They don’t go on killing sprees … it doesn’t make sense to me.”

Reptile Ocean describes itself on its Facebook page as a pet service for exotic animals and an exotic pet store. Its described on an online profile as being categorized under a Noncommercial Zoological Gardens.

No one answered the phone number listed for the store on Monday afternoon.

Pythons are found in much of Africa and Asia, and are kept in zoos and pet stores across the United States, Canada, and other countries.

Pythons are among the largest snakes on Earth and use constriction to kill, like boa constrictors.