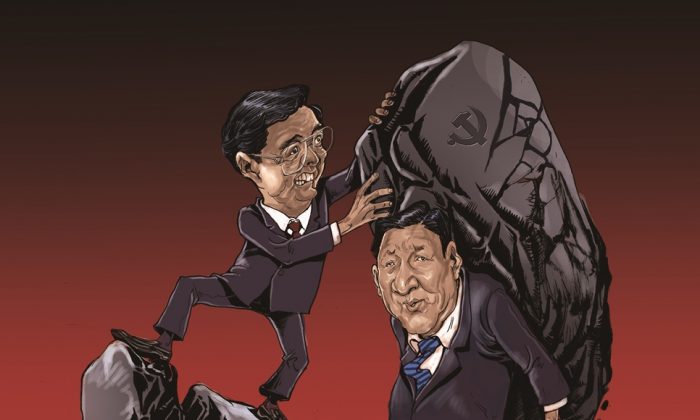 The spectacle of Wang Lijun attempting to defect has fascinated people in and out of China because it opens a window on the power struggles threatening the Chinese Communist Party (CCP). However, in concentrating the gaze, the Wang affair may provide too narrow a focus for understanding how difficult the CCP’s situation is.

Wang Lijun was the police chief and first vice mayor of the province-level city of Chongqing in central-western China. After Wang’s boss, Bo Xilai, learned Wang had been targeted by central Party authorities for investigation, Bo threw Wang overboard, firing him.

Bo feared that Wang would cut a deal to save himself and reveal Bo’s own corruption. Bo also arrested 13 of Wang’s close associates, 3 of whom were dead within a week’s time.

Wang, fearing Bo would assassinate him, fled on Feb. 6, traveling four hours by car west to Chengdu, entered the U.S. Consulate there, and asked for asylum. He brought with him a stack of documents and a story to tell: Bo was conspiring with Zhou Yongkang, the head of China’s police forces, to oust the next head of the CCP, vice-chair Xi Jinping, after he takes power at the 18th Party Congress later this year.

Since that conspiracy was revealed, speculation has circled around how the Bo-Zhou plot directed at Xi fits into the struggle for primacy between the faction led by former CCP head Jiang Zemin and the current CCP head Hu Jintao and Premier Wen Jiabao.

While the fight between Jiang and Hu may be the main battle inside the CCP, there are several factors and factions pulling the CCP in different directions.

Consider that the rule of the CCP is about to be turned over to a generation that came of age during the Cultural Revolution.

If Hu Jintao and Wen Jiaobao are the generation who were college students during the Cultural Revolution, then Xi Jinping is the generation of those who were 15 years old when they joined the Red Guard.

These people came out of high-ranking families but had been to the rural areas as educated youth and knew the suffering of the people. Many of them have been overseas, and some of them might push for reforms in the CCP, bringing some new characteristics to Chinese society.

“However, what can’t be ignored is the effect of the Cultural Revolution on these people,” Qian wrote. “Don’t forget that they were ‘Mao Zedong’s Red Guards.’ The influence of Mao on them can’t be ignored. In some sense, old Red Guards might become a ‘small Mao Zedong.’

“In my view, we must be most alert to the cruel Cultural Revolution mentality of achieving the goal ‘through whatever means necessary.’ It’s very hard to have another overpowering leader like Mao Zedong or Deng Xiaoping today.

“There are many divisions among the old Red Guards. How they can work together will be an important issue during Xi Jinping’s time. If things turn bad, there might be infighting, or everyone going separate ways,” Qian wrote.

Bo Xilai is a former Red Guard, although he first joined at 17, not 15. Clearly Mao’s example made a deep impression on Bo, who is reported to have said that he will lead China into the future. But Bo is not the only one who may have his eyes on power.

Continued on the next page: Military Politics