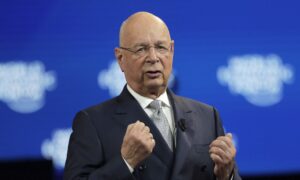 Bo Xilai Scandal: The Elephant In The Room (Illustration)

Bo Xilai was considered a rising star and possible future leader of the Chinese Communist Party before he was recently purged by his cronies. Bo benefited in the past from media attention that overlooked his infamy within China for widespread and severe human rights abuses. While the playboy lifestyle of his son, Bo Guagua, at Harvard was a welcome, if embarrassing distraction at times, even in China his crimes have been cause for concern. A classified U.S. diplomatic cable published by Wikileaks reveals that in 2007 Premier Wen Jiabao argued Bo out of a promotion because of a bevy of lawsuits filed against Bo from around the world for persecuting Falun Gong practitioners. Bo was demoted from the position of Minister of Commerce to becoming the Party Secretary for the megacity of Chongqing. Now he is being investigated for corruption, with worse expected to come.