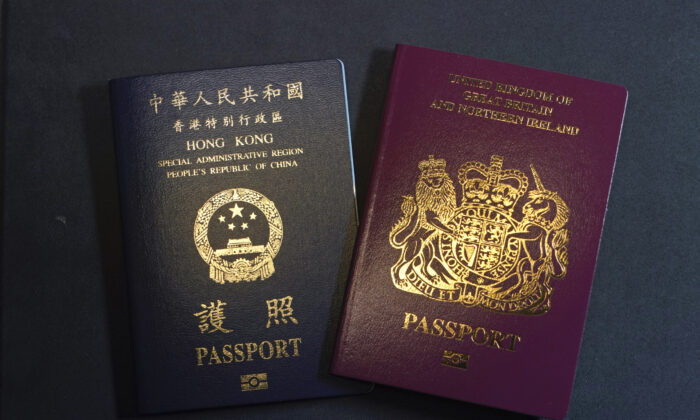 A wave of emigration from Hong Kong has surged since the National Security Law was passed in June 2020.

This is a first big quarterly increase after the UK government launched its BNO visa program.

In this quarter, 16,942 were approved and 159 rejected, while others are still pending.

The BNO visa grants Hong Kongers the right to live, work, and study in the UK, and began receiving applications at the end of January 2021. It allows Hong Kongers to apply for settlement in the UK after 5 years of residency and apply for British citizenship 12 months after settlement.

Lin Kuang-zheng, a current affairs commentator, gave his opinion on why the number of applications soared at the beginning of last year, on The Epoch Times program Precious Dialogue.

He said the government’s poor handling of the fifth wave of the COVID pandemic, that had a significant impact on Hong Kong economics and people’s lives, meant the Hong Kong people couldn’t trust the government and caused many to choose to leave.

Cheng Man-kit, founder of Hongkongers in Britain, told the Voice of America that he is not surprised at the increasing number of BNO applications. He believes that there are two main factors. First, is the reversal of the pandemic containment practises, as the UK has begun to move on, whereas the measures are still intensifying in Hong Kong. Second is the new Hong Kong Chief Executive John Lee, who takes office on June 30, is expected to govern with an iron fist. “It will be more difficult to leave if you don’t leave now.”

He also anticipates that the real peak of emigration will be in the middle of 2022.

Anther survey, conducted in March by Hong Kong Public Opinion Research Institute (HKPORI), regarding the Hong Kong emigration wave, shows 24 percent of the 6,723 respondents intend to leave Hong Kong. Among them, 35 percent are pro-democratic respondents and 17 percent are non-democratic.

Chung Kim-wah, deputy CEO of HKPORI said the survey reflects that the Hong Kong people’s intention to emigrate is mainly because of political and economic concerns.

He also estimated that the trend of emigration will last for at least two to three years until the situation in Hong Kong becomes clear.

In February this year, the UK government enhanced the program to allow Hong Kong citizens born on or after July 1, 1997, or those over the age of 18, to apply for a BNO visa independently to live in the UK as long as one of their parents holds a BNO passport.