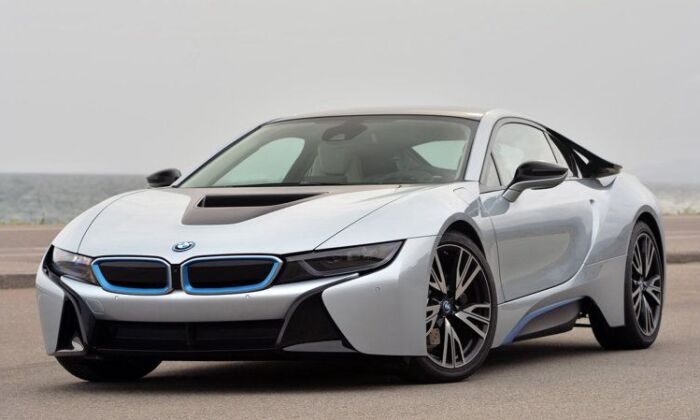 BMW: Rolling With the Changes and Building a Sustainable Customer Base

There may be at least one, ok, two very good reasons that people the world over refer to Bayerische Motoren Werke AG by its more familiar BMW acronym—pronunciation and imagine the size of signage at any dealer.

Headquartered in Munich, Germany, BMW is a German luxury vehicle, motorcycle, and engine manufacturing company that was originally founded in 1916. It is one of the best-selling luxury manufacturers in the world, selling close to 2.5 million units globally across the complete product line in 2016—including motorcycles, Mini and yes, the pre-eminent ultra-luxury brand, Rolls Royce.

BMW Canada came about in 1986 and in that time, the brand has stayed close to its core value as a manufacturer of well-engineered and meticulously designed luxury performance vehicles. The biggest change over the years? The complete BMW lineup and the fact that not only has Canada completely embraced the notion of BMWs M-series of ultra-performance vehicles of which there will be as many as 12 models for model year 2018, from the M2 Coupé to the X6 M. The M is in homage to BMWs history within motorsports and that is exactly what the M stands for! As well as tuned engines, M cars feature specially tuned suspension for a more dynamic drive, plus different engine and transmission mountings, springs, dampers, and mapping for the hydraulic steering. Primarily, BMW engineers take a popular configuration vehicle, such as one of the 3 series and then science and engineer the heck out of it. At first glance, they may appear the same, but sit behind the wheel, settle in, and start hit up—the differences will soon be apparent.

There are those who have also embraced the idea of performance-oriented electric-type vehicles from the ground-breaking “Project i” team. The primary premise behind the “i” series of automobiles was and will continue to build comprehensive and ground-breaking auto concepts for ecological mobility. This represents visionary electric vehicles and mobility services, inspiring design, and a new understanding of premium luxury that is strongly defined by sustainability. For now, the lineup includes the all-electric BMW i3, an emission-free car for city driving that is sustainably designed throughout, and the BMW i8 as the most progressive electric sports car.

The man responsible for both the “i” and M-brand of performance cars in Canada is Kevin Marcotte, ‎national manager, M & i brands at BMW Group Canada and The Epoch Times recently sat down with the man and discussed a number of things in a free-flowing conversation.

The Introduction of Niche Products to an Already Successful Lineup

The Epoch Times: You have been with BMW Group Canada for a number of years now…

The Epoch Times: During this time, you have seen BMW make changes within their lineup and even embrace different technologies in a way that perhaps, before, many would never have considered BMW to be a “player” in a particular niche market. We refer, specifically to the introduction of BMWs electric vehicles that come under the umbrella of “i” cars. Let’s talk about them.

Mr. Marcotte: When we made the introduction of BMW’s Project i, we created a program to develop lightweight eco-friendly urban electric car concepts designed to address the mobility and sustainability needs of people who live in major urban centres. Of course, something this innovative and ground breaking did not occur overnight. “Project i” had three distinct phases. The Mini E demonstration was the first phase of this project, and it was followed by a similar field testing that began in January 2012 with the BMW ActiveE all-electric vehicle. The ActiveE was based on the BMW 1 Series Coupe and built based upon the lessons learned from the Mini E trial. The last phase of “Project i” was the development of the i3 and i8 electric cars.

The Epoch Times: So was this achieved without any compromise to the brand and its well established promise to BMW customers and influencers?

Mr. Marcotte: Yes, indeed. When BMW made the commitment to EVs that was more than 10 years ago. To some, the introduction of electric vehicles to the BMW lineup is odd—we, as an innovator, believe we have accomplished this without any compromise whatsoever to the brand. To some, this was a 180-degree move. For us as an organization, we felt and continue to believe that we have and will continue to adhere to our brand promise—the ultimate driving experience.

So, in February 2011, BMW announced a new sub-brand, BMW i, to market the vehicles produced under Project i. BMW i vehicles are sold separately from BMW or Mini. The first two production models are the BEV (battery electric) i3, and a plug-in, eye-catching sport hybrid called the BMW i8.

Everything we do, as our promise dictates, is about the emotional, even visceral aspect of the driving experience. BMW made that commitment long ago and we continue with that today in everything we build.

The Epoch Times: As one of the major global manufacturers of luxury performance vehicles, how does BMW continue to deliver? What makes you unique?

Mr. Marcotte: No matter what we bring to market, everything must deliver on our brand promise. Without exception. We will not compromise the integrity of the brand in any way. We are all about respect and integrity. And that also speaks to our M-series of automobiles—sedans, coupes, and crossovers, too.

What Does the Future Hold for BMW?

The Epoch Times: What more might we expect from BMW in the near term that answers the demand for efficient and effective vehicles which respect their users and their communities?

Mr. Marcotte: Great question. The plan is to add an iPerformance model in every successive new model launch moving forward. By that, we anticipate that you will see plug-in hybrid capability in every model in the already extensive BMW lineup. While many of our customers like choices, not all of them are ready to fully commit to an all-electric solution. In truth, it’s a strong bridge between fully electric and internal combustion engines.

The Epoch Times: Would it be fair to say that BMW might be experiencing a little consumer “reluctance” with these additions? The marque went through some initial questioning of the BMW raison-d’être when crossovers and SUVs crept into the lineup. BMW was known for performance-oriented sedans.

Mr. Marcotte: Exactly! And now trucks account for more than 70 percent of our sales today in this country! With the continuing hard work and education from our dealer network, the barrier to entry will be overcome gradually.

The Epoch Times: There are some pundits who say that BMW has been slow to move after the initial reaction and apparent success of Project i and e-type vehicles. How do you respond to that?

Kevin Marcotte: Those are opinions. Globally there was strong initial success from the i3 and i8, and since its market launch in November 2013, the BMW Group has delivered more than 100,000 electric cars and plug-in hybrids to customers worldwide up to the end of 2016. Further, the BMW i3 has achieved more than 60,000 units sold since its introduction, making it the most successful electric vehicle in the premium compact segment. Also, the BMW i8 ranks first among electrified sports cars, with more than 10,000 delivered globally since the middle of 2014. So the facts don’t really support that somewhat negative narrative.

The Epoch Times: How does BMW remain relevant in today’s competitive marketplace?

Mr. Marcotte: While it’s true that we can all see that the slices of the market pie may be getting thinner, we remain relevant to our loyal customers, and we continue to build upon the brand promise—the ultimate driving experience. We also cannot be or become complacent. Today, that is something which might easily erode brand integrity. Our research data shows us that the number one reason a customer might consider trying another brand is the notion that they might gain something different. That is entirely possible. However, our dealers continue to tell us that the overall and inherent values and virtues of the BMW brand culture will have most return. Again, we do not compromise.

The Epoch Times: Many thanks for your time and consideration.