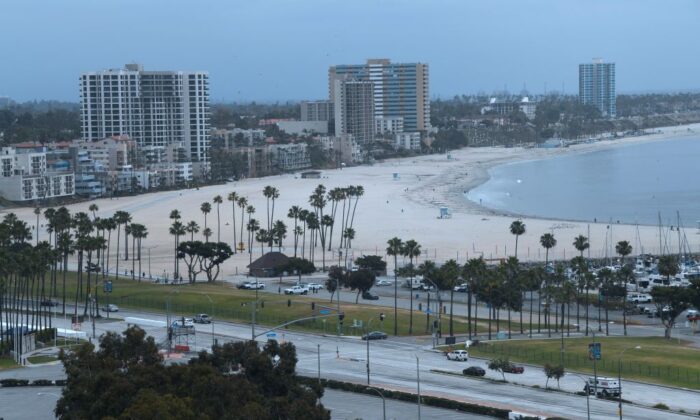 LONG BEACH, Calif.—Police sought the public’s help today in locating a blue sedan and the motorist who drove the vehicle onto a sidewalk at a Long Beach this morning and struck six people before fleeing the scene, authorities said.

Officers were initially dispatched to the 1300 block of Orange Avenue, near Anaheim Street, at 2:43 a.m. Sunday regarding an “unknown trouble” call, which was later determined to be an assault with a deadly weapon and domestic violence incident involving a man and a woman, the Long Beach Police Department reported.

The man allegedly drove a blue sedan onto the sidewalk and struck six people, who were standing on the sidewalk at the tail end of a Halloween party, according to reporters at the scene.

The sedan then drove away, and was last seen going northbound on Orange Avenue.

Paramedics rushed five adults and one juvenile to area hospitals, where they were listed in stable condition, police said.