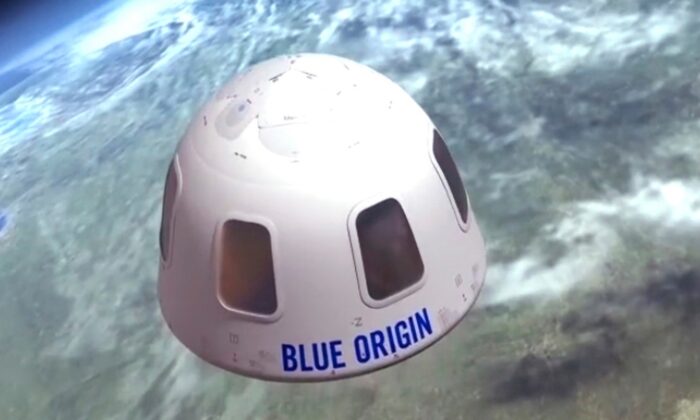 This undated file illustration shows the capsule that the Blue Origin company aims to take tourists into space. (Blue Origin via AP)
Companies

The New Shepard program mission called NS-21, launched from the company’s West Texas site at 9:25 a.m. EDT (1325 GMT), when its rocket vehicle lifted off from Launch Site One, the company’s facility about 25 miles (40 kilometers) from the town of Van Horn.

Echazarreta, A 26-year-old electrical and hardware engineer joined the international crew for the less than 10-minute flight launched by Jeff Bezos’ Blue Origin.

She is the first passenger sponsored by the nonprofit Space for Humanity and is one of the youngest women to fly to space.

Another crew member on the flight is civil production engineer Victor Correa Hespanha.

He was the second Brazilian to fly to space.

The New Shepard capsule and its six passengers touched down under parachutes into a cloud of dust in the Texas desert after the short flight that reached a peak of 347,538 feet (106 kilometers) above ground level.