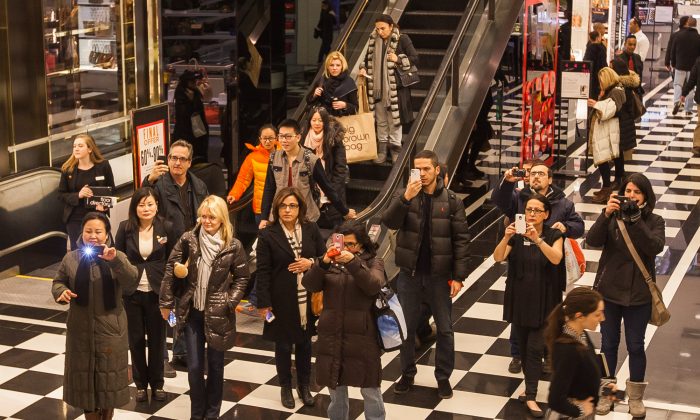 Bloomingdales A Hit for Early Black Friday Shoppers in NYC

NEW YORK—Bloomingdale’s is giving shoppers $15 in store credit (on b.Money cards) with almost any $100 purchase this year for Black Friday.

“They started earlier, like two hours than most shopping malls,”said Liu, standing in line to redeem her $15 on $100 promotion.

Liu arrived in New York City just yesterday on Thanksgiving to spend time with family. She is mostly for gifts, she said.

“They have a really good selection and you can find all brands here—like LV, or Gucci,” Liu said. “Almost all of them are gifts.”