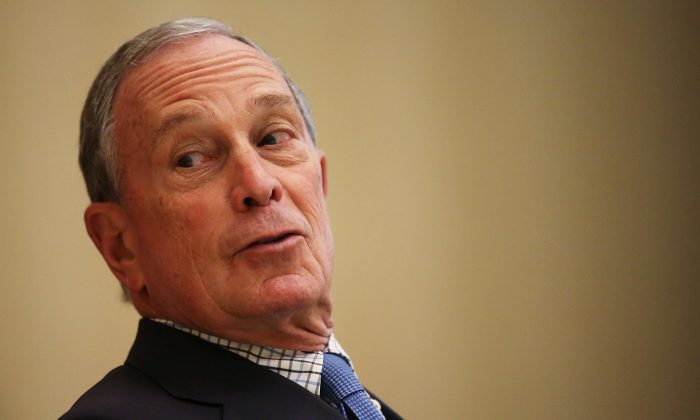 New York City Mayor Michael Bloomberg waits to speak at the North American Board Meeting for the Union for Reform Judaism on May 31, 2013 in New York City.(Photo by Spencer Platt/Getty Images)
New York

Bloomberg Excited to be Grandfather for the First Time

NEW YORK—At year’s end, Michael Bloomberg will lose the title “mayor” he has enjoyed for the past 12 years, but he will be adding a new title: grandpa.

The beaming grandpa-to-be said he could not be happier for his daughter Georgina, 30, and her boyfriend, Ramiro Quintana.

The mayor said he did not have a preference for a boy or a girl, and would not be giving any input on the baby’s name. “You have to know when to say it is not my concern,” the mayor said to a hearty laugh from the press corps.

He continued, joking about the prospects of his new duties. “If asked to do the changing or feeding, I will do the same thing I did with my two daughters—changing,” the mayor said. “It is so much quicker and easier. Feeding goes on forever and ever and ever.”

The mayor’s older daughter Emma has no children.