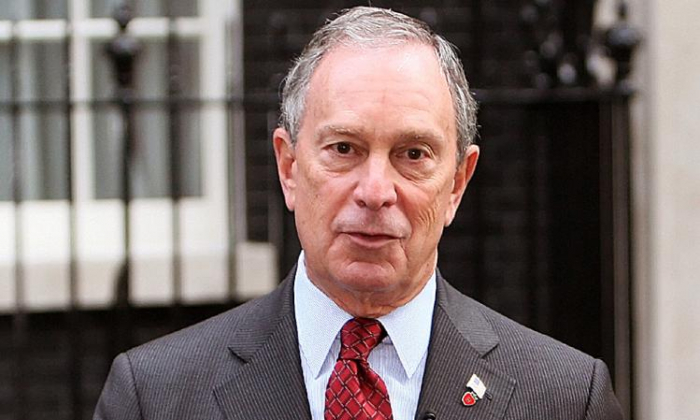 The campaign manager for former New York City Mayor Michael Bloomberg said his recent entry into the 2020 presidential race was prompted by the other Democratic candidates’ failure to resonate with voters.

“That’s the whole general election. And right now Donald Trump is winning, he is winning that election. It’s very tough for people who don’t live in New York or California to understand that, but that is what’s happening,” Sheekey said, adding that Bloomberg “thinks he’s on a path to victory and he’s getting in to alter that dynamic.”

He pointed to polls from The New York Times and Siena College that showed Trump besting top Democratic candidates such as Sens. Bernie Sanders (I-Vt.) and Elizabeth Warren (D-Mass.) in many of the six states that he had mentioned.

In the interview, Sheekey also pushed back on criticism against Bloomberg’s strategy to skip the first four nominating states during the Democratic primary.

“You can say it’s never been done before, but you also have to say no one’s ever tried it before,” he said.

Meanwhile, the billionaire owner of Bloomberg News will focus on a “national political campaign” that will allow him to speak to “everyone in the country at once” while focusing on swing-state voters, his campaign manager said.

Sheekey didn’t address the criticism over a recent editorial letter sent out by Bloomberg News outlining the firm’s new tactic to not investigate Bloomberg himself or other Democratic candidates during the presidential primary.

“We will continue our tradition of not investigating Mike (and his family and foundation) and we will extend the same policy to his rivals in the Democratic primaries. We cannot treat Mike’s democratic competitors differently from him,” wrote Bloomberg Editor-in-Chief John Micklethwait on Sunday.

President Donald Trump, however, will remain the subject of its investigative reporting, the letter said.

Recent polls suggest that Bloomberg, 77, will be fighting an uphill battle. In a Morning Consult survey of 5,000 people, Bloomberg was viewed as the most unfavorable and least favorable of the candidates.