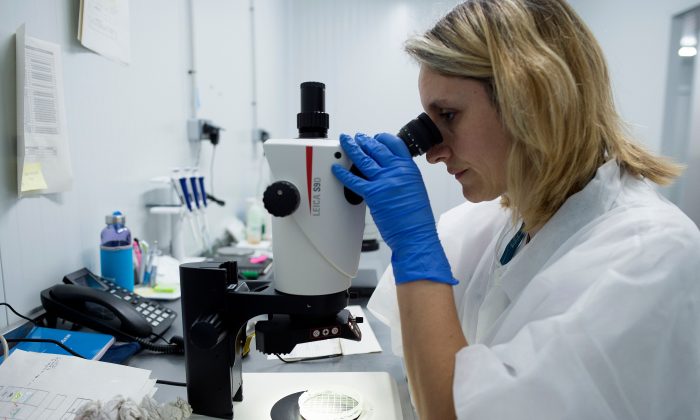 Government officials are warning people across the United States about a parasite known as the “kissing bug,” which can transmit the potentially deadly Chagas disease.

Chagas disease is spread through a parasite called Trypanosoma cruzi. The bugs are known as “kissing bugs” because they usually bite people on the thin skin around the eyes or mouth, often when they’re asleep, according to WebMD.

The warning, issued by the U.S. Centers for Disease Control and prevention (CDC), comes amid a recent surge in the number of the bugs spotted throughout the United States.

Although the kissing bug is typically found in the southern region of the United States, as well as in Central and South America and Mexico, it has been sighted in regions in the north, such as Pennsylvania, according to reports.

Last July, a young girl in Delaware was bitten on the face by a kissing bug while watching television in her bedroom, according to the CDC.

Study: Polar Vortex Killed 95 Percent of Stink Bugs in the US

Although she didn’t catch Chagas disease, officials from the Delaware Division of Public Health and the Delaware Department of Agriculture confirmed she was bitten by the bug.

Not everyone bitten by the bug is infected with Chagas disease, as the parasite, which usually lives in the bug’s intestine and feces, needs to enter the body.

Around 8 million people are estimated to be infected with the disease around the world, with the majority in Latin America where more than 10,000 people die from the infection annually, according to the World Health Organization (WHO).

Meanwhile, around 300,000 in the United States are estimated to be infected with the disease, according to the CDC.

It is thought that the potentially fatal disease could be spreading to previously uninfected regions due to migration from Latin America, or travel to and from the region, the WHO states.

However, those infected can live for years without knowing they have Chagas. And around 30 percent of people infected with the disease can develop serious heart disease.

This month, a 77-year-old woman from Virginia died after reportedly developing an allergic reaction to a bug bite while on a walk with a friend, reported Fox News.

Speaking to the Danville Register & Bee, Evelyn Wooten’s friend, Karen Hudgins, said she believes a bite from a kissing bug led to her fatal reaction on July 2.

“We were walking and she said, ‘Karen, get that bug off of me,’” Hudgins told the outlet.

Hudgins later told ABC 13 she was convinced her friend was bitten by a kissing bug.

She explained how Wooten became pale and blue in color, complained of difficulty breathing, and collapsed 10 minutes later.

“The last thing she said was ‘911,’” she told the Danville Register & Bee. “She started welling up and turning blue, her lips, arms, everything.”

Wooten sadly passed away the following morning, and doctors told her family her death was caused by an allergic reaction to an insect bite.

The saliva of insects infected with Trypanosoma cruzi parasite can trigger an allergic reaction in some people, according to a study published with the NCBI.

Kissing bugs are typically found either indoors, in cracks and holes, beneath porches and rocky structures, under cement, rocks, brush piles or bark, in outdoor dog houses, or other animal burrows, according to the CDC.

It advises people who think they may have found the bug to place the bug inside a container, and either freeze it or fill it with rubbing alcohol to bring for identification at a health department or university laboratory.